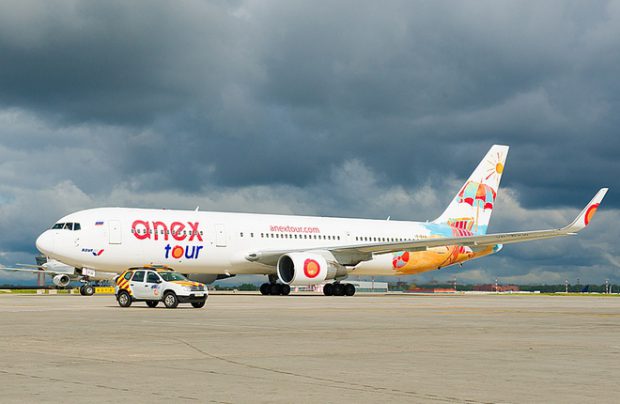 Azur Air, Russia’s largest charter carrier, carried 5.8 million passengers last year, a 36.6 per cent increase on its 2018 performance. The increase lifted the Russian-based, Turkey-backed airline into seventh place in the league of Russian airlines’ traffic rankings and, with RPKs of 24.4 billion, it was the fourth highest in Russia, the airline emphasises. The seat load factor on its flights was 95.8 per cent, in line with its expectations, the airline says.

Azur Air attributes its dramatic passenger traffic improvement to the efficiency of its “key partner travel operators” and to a successful fleet expansion strategy. Turkish tycoon Neshet Kockar, the founder and owner of the Anex Tourism group of companies, who is believed to be the carrier’s beneficial owner, last year acquired Intourist, Russia’s oldest travel agency, from the insolvent Thomas Cook. It means that the two large Russia-based travel operators Anex Tour and Intourist are now feeding Azur Air.

The airline is adjusting its fleet strategy in line with forecast demand for strong outbound tourism from over 40 cities across Russia, and with an eye also on the good potential prospect of incoming tourist flows.

Seat capacity was increased by the introduction of six wide-body aircraft last year — three Boeing 777-300ERs and an equal number of B767-300s – which are operated year-round on the airline’s medium and long-haul routes.

The airline is not focused solely on volume growth. “We certainly sense travellers’ demands for service quality as part of the travel package, and we try to match up to their expectations,” Azur Air says in a statement. At the same time it adds that it is “impossible to remain uninvolved in the customisation trend of the services,” influential factors which are outside of the air travel sector. “Azur Air strives to maintain a balance between the levels of comfort and the cost of trip,” Yury Stogny, the airline’s general director stresses. In line with its strategy, the airline configured its Boeing 777-300ERs with two-class cabins and integrated in-flight entertainment systems.

Last year, Azur Air launched its own in-house maintenance division to ensure the high dispatch reliability of its fleet, and says that further development of its maintenance capabilities is a priority for 2020.