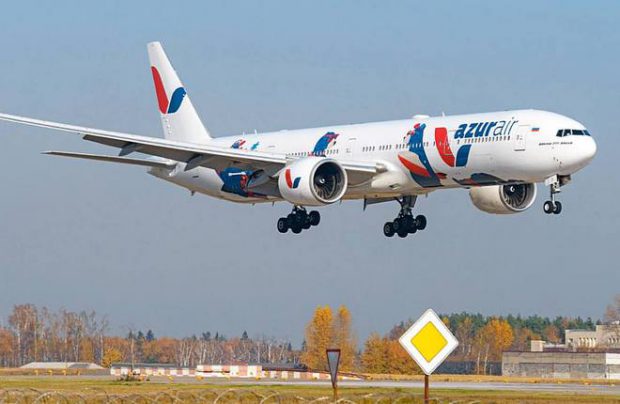 Latest Boeing 777-300ER, the fourth of the type is expected to join the airline’s fleet soon (Azur Air)

Azur Air, Russia’s biggest charter airline, has contracted Air France Industries KLM Engineering and Maintenance (AFI KLM E&M) for another passenger cabin modification project on its latest Boeing 777-300ER, the fourth of the type which is expected to join the airline’s fleet.

“We’re delighted to be able to rely on teams which are qualified, understanding and committed for this important project for Azur, as we continue the process of bringing the B777s into service within our fleet,” says Talha Yasin Buyukkal, chief Boeing 777 engineer at Azur Aviation.

The 2009-founded Russian leisure carrier, which operates flights on behalf of the Turkey-backed Anex Tour travel company, expects its all-Boeing fleet to grow to 31 aircraft before the end of this year. As part of this expansion effort, it has leased the B777s from AerCap.

The airline has earlier revealed that the newly delivered aircraft will primarily be deployed on long-haul transatlantic routes, as well as medium-haul flights to Turkey because, in the summer season, the company is expanding its international flight programme from Russia’s regional airports.

Azur Air currently ranks ninth in the list of Russian carriers by passenger numbers, serving 1.11 million passengers in the first four months of 2019, up by 13.5 per cent year-on-year.