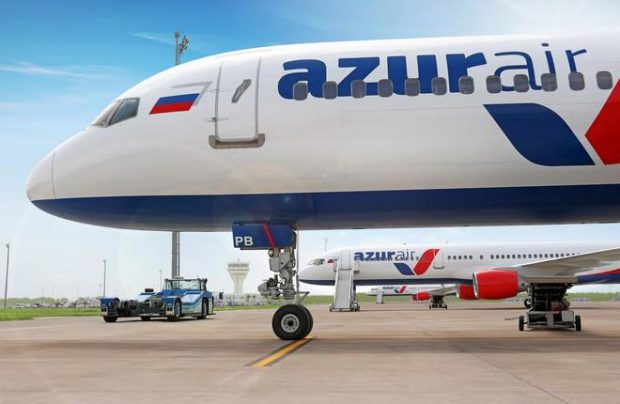 The charter airline is to rectify the problem by March 20, or it may have to cease operations (Azur Air)

Russia’s Federal Air Transport Agency (FATA) has imposed a restriction on the air operator’s certificate (AOC) of the country’s eighth largest airline, Azur Air. The AOC will expire on March 20 unless the airline takes urgent measures to eliminate maintenance shortcomings and chronic flight delays. Until that date, Russia’s largest charter carrier may continue to operate flights in full, FATA says in a statement.

“An inspection carried by FATA in December 2017 revealed breaches of national regulations in the airline’s operations, both in terms of its aircraft’s airworthiness and related to the organization of its flight operations,” the regulator explains.

Azur Air failed to prove that it had taken measures to remedy the shortcomings. FATA registered 12 instances of the carrier delayingflights by more than two hours in January 2018 alone. In seven of the cases the delays were for technical reasons.

Should the airline manage to rectify the situation in time for the deadline, the restriction may be lifted. Failing that, Azur Air will be forced to cease operations from March 21.

A spokesperson for Azur Air told Russian Aviation Insider the airline intends to appeal the restriction, presenting evidence of its having ironed out all problems within the shortest possible period of time. The carrier is continuing operations in accordance with its schedule.

Azur Air has come under FATA fire in the past. The regulator restricted its charter program last summer, followed by a similar penalty in January, arguing that the number of airliners on standby (the so called “reserve capacity”) was not enough to cover the airline’s planned operations. According to the new rules, a charter operator will be fined for delaying more than 10% of all its its flights within a given month.