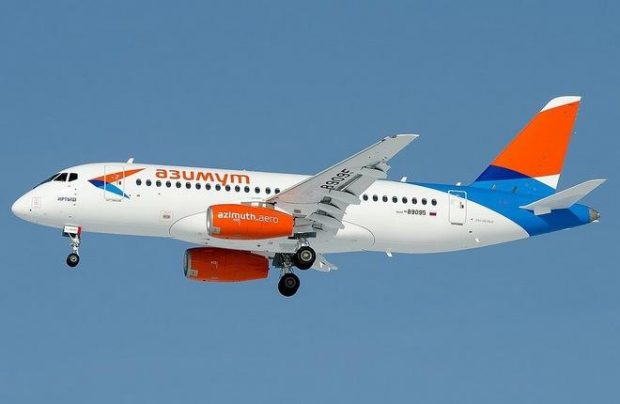 The Rostov-based airline signed the contract for eight SSJ 100s in 2017. The first four aircraft were delivered the same year, and the remaining four joined the airline’s fleet in March and April this year. Azimuth also hold an option for further four aircraft to be delivered through 2020.

Since the launch of its operations in September 2017 Azimuth’s fleet has logged the total of 5,100 hours, and carried 182,663 passengers. The airline has recently completed its first C-check on a SSJ 100 at the maintenance station of S7 Technics in Moscow’s Domodedovo.