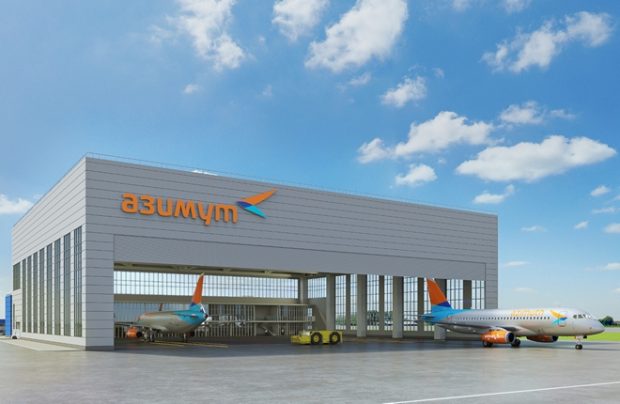 The ongoing military conflict between Russia and Ukraine altered the regional airline’s plans for launching an in-house maintenance base. In late February Azimuth’s operations from its two main bases – Rostov-on-Don and Krasnodar ceased. Both airports in the south of Russia closed due to military activity in Ukraine and are unlikely to re-open any time soon.

Due to international sanctions imposed on Russia the airline will be unable to take delivery of Airbus A220-300s it ordered last year. So construction of the hangar intended initially for these aircraft somewhat lost traction.

Nevertheless, administration of Rostov region and Azimuth signed an agreement for completing the hangar construction investment project earlier this month. According to Rostov region’s Investment Agency, the project requires injection of up to 800 million roubles (US$13 million).

The hangar complex, the first in the south of Russia, will include a hangar, an office facility, an electric substation and an apron. According to the airline, the facility will be capable of handling a variety of aircraft types, but primarily tailored to Russian-made Superjet 100 regional jets, of which Azimuth operates 15 units. Two more of the type are expected to join the fleet within the coming months. The hangar has enough space to house two SSJ100s simultaneously.

“Construction of the hangar complex is an investment into strengthening our engineering capabilities and improves the airline’s operational efficiency,” says Azimuth’s chairman and co-owner Pavel Udod.

At least until March 2022 (when Russia’s aviation authority Rosaviatsiya stopped publishing its monthly reports of the industry performance), Azimuth led the market in terms of SSJ100 utilization rates. This result was achieved through close cooperation with the aircraft’s manufacturer, creation of in-house stock of spares and “relevant route network for the type”, the airline claims.

“Azimuth is successfully developing. I hope these tough times will pass, and with the support of the government, the airline will resume its growth rates,” comments governor of Rostov region Vasily Golubev.