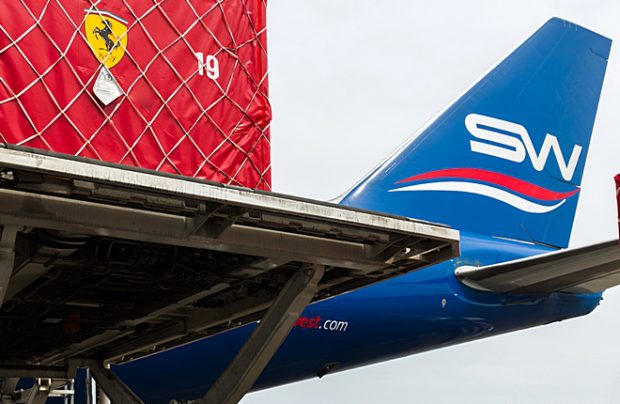 Azeri Silk Way West Airlines was in pole position to provide most of the airlift for the 2018 Azerbaijan Formula One Grand Prix, for which practise started today (April 27). The project required the delivery of more than 800 tonnes to Baku’s Heydar Aliyev International Airport.

More than 780 tonnes, including the racing cars and support equipment needed for maintenance and off-track administration, initially arrived aboard eight flights from Shanghai, Singapore and Bahrain, with one more operated yesterday.

Most of the cargo was delivered by the Baku-based Silk Way cargo airline, with some delicate loads requiring specialist handling techniques, such as the cars’ race tyres – which are transported under a constantly maintained temperature of 20 degrees C in special containers.

The Azerbaijan Grand Prix is being held from April 27 to 29 and takes place against the backdrop of the old town Icheri Sheher, offering worldwide TV viewers glimpses of silhouettes of the modern part of the city and views of the seafront of the Caspian Sea.