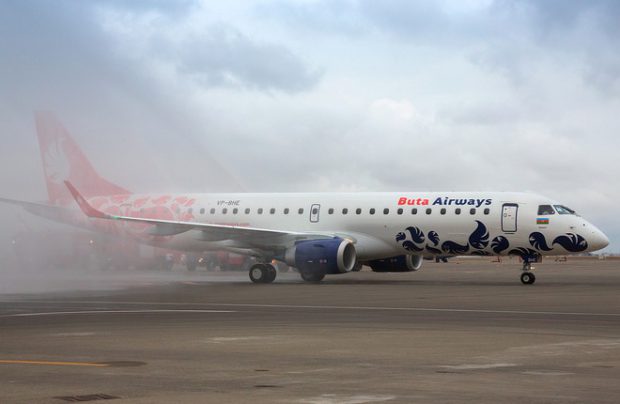 Buta Airways, Azerbaijan’s low-cost carrier (LCC) has welcomed another new Embraer E-190-100, which was delivered to the airline’s fleet directly from the manufacturer in Brazil.

The 106-seat aircraft (tail number VP-BHE) is the seventh in the LCC’s fleet and will allow the addition of more flights to airline’s route network. Another aircraft of the type is expected in the near future.

Buta Airways, which is the first and only low-cost carrier in Azerbaijan, is a structural division of Azerbaijan Airlines (AZAL). It was founded in December 2016 and began operations in September 2017. Based at Baku, at Heydar Aliyev International Airport, it currently operates flights from Baku and Ganja to 10 international destinations in Russia, Turkey, Ukraine, Georgia, Iran and Bulgaria.

Since the start of its operations, Buta Airways has experienced high demand both among the citizens of Azerbaijan and from other countries. The airline says its load factor on the majority of destinations now exceeds 85 per cent.