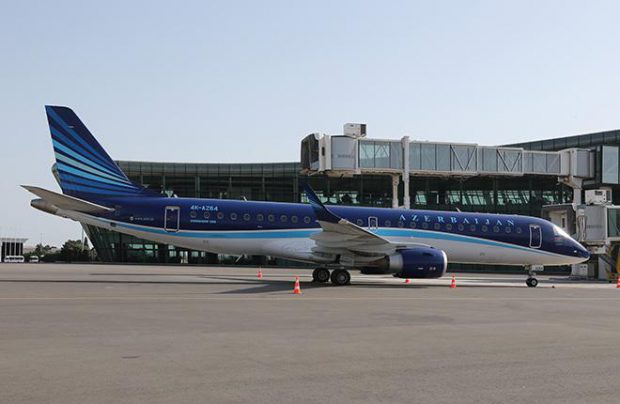 AZAL may transfer its Embraer E-Jets to the low-cost subsidiary (Photo by Fyodor Borisov / Transport-Photo.com)

Azerbaijan’s AZAL Airlines plans to single out low-fare transportation into a separate company. According to Eldar Hajiyev, vice president of the airline, the new subsidiary carrier is expected to start operation in autumn 2017 and will have seven aircraft in its fleet at first.

Most likely, AZAL will transfer one type of aircraft from its fleet to the new low-cost airline to make its fleet a single-type one. Perhaps these will be Embraer E170 or E190 aircraft, however the issue will be discussed later. AZAL has now one E170LR and four E190 aircraft in its fleet.

The new company will fly to Moscow as well.

AZAL is now carrying out low-fare transportation under the AZALJET brand. This program was launched in late 2015 and is applied for some flights within a 3-hour duration. However, the airline emphasized that it “has perfected this brand since its launch, and now the only difference between the classic flights and low-fare flights is that passengers pay a separate luggage fee”.

As part of AZALJET program AZAL performs one daily flight from Baku to Moscow Vnukovo, but plans to add a second daily flight on this route since March 15, 2017. “We believe that this will at least enable us to transport 100 thousand more passengers on Moscow – Baku – Moscow route”, – Hajiyev said. The flights are planned to be performed on Airbus A320 aircraft. However, the airline emphasized that the type of aircraft will be defined depending on the load.

Full-service flights with the frequency of twice a week will be operated year-round to another Moscow airport – Domodedovo. In addition to Baku – Moscow flights AZAL flies to Russian destinations: St. Petersburg, Kazan and Mineralnye Vody.