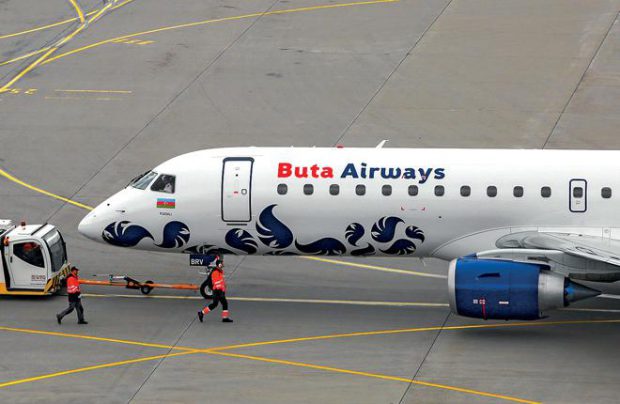 Buta Airways, the low-cost subsidiary of Azerbaijan’s aviation holding AZAL (Azerbaijan Airlines), will reach breakeven point by the end of this year, the airline has announced.

The carrier, which operated its first commercial flight just a few months ago on September 1, 2017, is confident that the project will be a quick success story. “10 months is too short a period to be talking about huge revenues,” a spokesperson for Buta Airways comments, emphasising that AZAL and Buta Airways have been successful in organising flows of transit traffic by managing the synergies of their route networks.

The Buta Airways representative speculates that, hypothetically, the project would be economically viable even if it were independent of AZAL’s support – Buta operates under Azerbaijan Airlines’ air operators certificate (AOC) and uses its IATA code J2. “The project is proving quite popular and commercially sound,” he says.

Buta Airways operates seven Embraer regional jets, six E190s and a single E170. The latter will soon be replaced with the bigger E190 to maintain fleet uniformity. An eighth aircraft of the type is scheduled to join the airline’s fleet by mid-2019. All aircraft are fitted with 108 passenger seats in a single economy class configuration.

All of the airline’s maintenance tasks are outsourced to Azerbaijani Silk Way Technics.

At the end of 2017 (after four months of operations) the low-cost carrier had served 92,000 passengers. Its first quarter results for this year have shown a surge to 104,000.

In its 2018 IATA summer schedule, Buta Airways is operating flights to 12 destinations in Russia, Ukraine, Turkey, Bulgaria and Georgia from its Baku hub. It is also constantly monitoring the market for promising new destinations, the airline says.