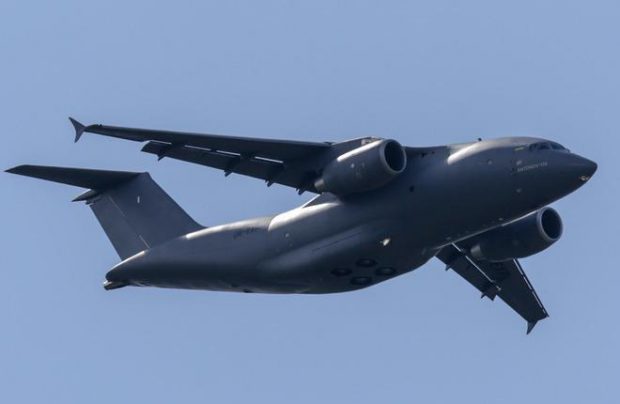 One of the reasons for cancelling import duties for aircraft components may be the potential assembly of Ukrainian An-178 transport airplanes in Azerbaijan (Photo by Leonid Faerberg / transport-photo.com)

The government of Azerbaijan has lifted import duties on a number of components for commercial aircraft. The zero duty regime has been in effect since February 12, Interfax Azerbaijan reports. It covers jet engines, hydraulic systems, aircraft seats and other components. Airport buses are now also exempt from the duties.

Import procedures have been facilitated in advance of launch of Antonov An-178 cargo aircraft assembly in Azerbaijan. Local cargo carrier Silk Way Airlines placed an order for ten of these Ukrainian-designed transport jets in 2015, and, according to the contract, eight of these are to be assembled in Azerbaijan.

Interfax Azerbaijan quotes the Ukrainian ambassador in Baku Alexander Mischenko saying that the aircraft will be assembled by AZAL, the government-run aviation holding, which has already started to build production facilities for the project. The assembly line is expected to become operational in 2018 or 2019.

An-178 was designed as an iteration of regional An-158 passenger jet and is currently at flight test phase.

Exemption of passenger seats and jet engines from import taxes also comes handy for operators of other types of aircraft in the country. AZAL will see the benefits of the government’s decision for its fleet of Airbus A319/320/340, Boeing 757/767/787, Embraer E170LR/E190 and potentially Russian-made SSJ 100s.