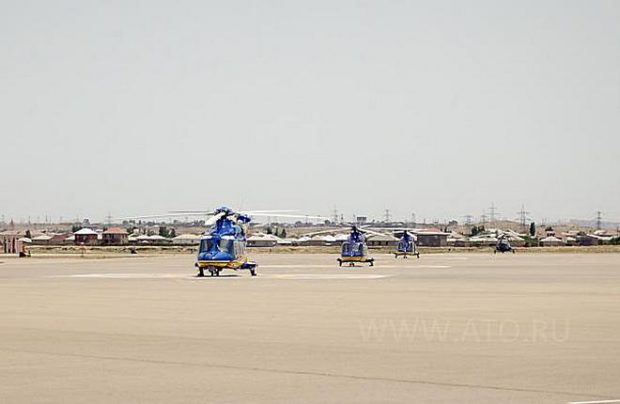 Following three years’ of discussions, the construction of a new helicopter maintenance and repair centre has finally lifted-off in Baku, the capital of Azerbaijan. The venture – called Helicopter Service Center – will provide maintenance, repair and overhaul (MRO) services for Russian- and Soviet-made Mil rotorcraft that operate in the Caucasus region.

Although the ceremonial laying of a foundation stone for the new facility took place at Zabrat heliport near Baku earlier this month, the plan for an authorised Mil Mi-8/Mi-17 maintenance base project was initiated back in 2016 with the signing of a Memorandum of Understanding between Russian Helicopters and Azerbaijan’s Silk Way Helicopter Services. Later on, at HeliRussia-2017, Russian Helicopters held negotiations with Azerbaijan’s aviation concern AZAL which resulted in a roadmap for the project.

In a recent development, the Russian and Azerbaijan partners reached an accord on a 25 per cent share to be held by Russian Helicopters in the new venture’s registered capital and are now planning on signing the final share transfer contract in early 2020. Russia will contribute necessary know-how, technologies and documentation to the business.

“An important step has been taken on the way to setting up a modern service centre in Azerbaijan which will be capable of providing extensive support to operators and high standards of airworthiness of Mil helicopters,” observes Andrey Boginsky, general director of Russian Helicopters.

From the Russian viewpoint, the new project is part of a strategy aimed at expanding the aftersales support network in its key markets, as well as being able to provide a more comprehensive lifecycle support of its products. For Azerbaijan, the endeavour is in line with the country’s economic policy of developing the non-oil sector.

Initially, the aim is to repair between four and six helicopters per year and this number will eventually increase to 10 annually.

The fleet of Russian-made helicopters currently in operation in Azerbaijan includes the Mi-8/17 medium utility rotorcraft family as well as combat Mi-24s and Mi-35Ms.