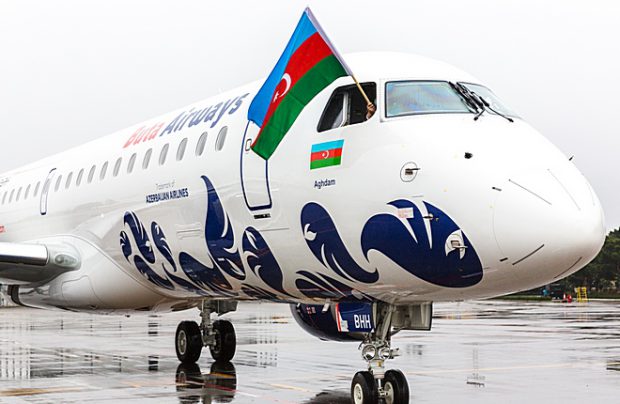 Azerbaijan’s low-cost carrier (LCC) Buta Airways has taken delivery of another new Embraer E-190-100 jet, which has now been delivered to the airline’s fleet directly from the Brazilian manufacturer. The new aircraft was welcomed at Buta’s Baku Heydar Aliyev International Airport base last week.

It is the eighth aircraft in the LCC’s monotype fleet and will add more flights to the airline’s schedule. “Adding new aircraft to the fleet will further expand the route network of Buta Airways. We are pleased that the national low-cost airline is in great demand among Azerbaijani citizens and tourists arriving in our country,” enthuses Jahangir Asgarov, president of parent company AZAL. “The increase in the number of flights and destinations of Buta Airways will further contribute to the development of tourism in our country,” he adds.

Baku-based Buta Airways is the first low-cost airline in Azerbaijan and is a structural division of the country’s national carrier Azerbaijan Airlines (AZAL). Its first flight operated in September, 2017.