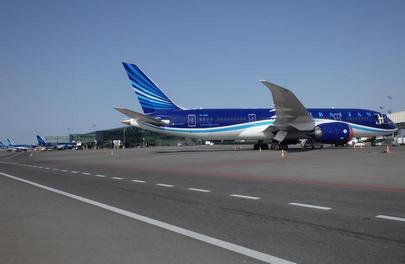 Today, Azerbaijan and the US are connected by AZAL’s Boeing 787 flights from Baku to New York (Photo by Russian Aviation Insider)

Azerbaijan and the US have signed a bilateral open sky agreement to streamline air traffic between the two countries. Air service liberalization calls for the non-intervention of the two governments in the airlines’ commercial decisions with regard to routes and pricing.

As a result of the agreement, which was signed last week, airlines will be able to offer more affordable passenger and cargo transport services, as reports Trend.Az news agency.

A representative of AZAL Holding, which includes the national operator Azerbaijan Airlines (AZAL), has explained that the agreement will enable both countries’ airlines to operate freely on each other’s territory.  In particular, AZAL will have the right to take US passengers or cargo to any other third country, as well as the right to disembark passengers and unload cargo brought from any other country in US airports. US airlines are granted similar rights by the agreement. Therefore, airlines from both countries now have fifth freedom traffic rights.  It enables the Azerbaijani air service operators to open flights to the US not only from its own country, creating access to new markets. The best opportunities will be related to third countries, where AZAL will fly to via the US, which have no appropriate fleet qualified to fly to the US.

The air service liberalization is expected to contribute to the growth of revenue traffic between the countries. Currently, no US passenger airlines operate flights to Azerbaijan, according to the schedule of Baku’s Heydar Aliyev International Airport. However, AZAL has been flying to New York since 2014.

The countries have been studying air service liberalization possibilities for more than four years. As a result, the US side agreed to a number of compromises. In total, the US has already signed over 127 open sky agreements with different countries.