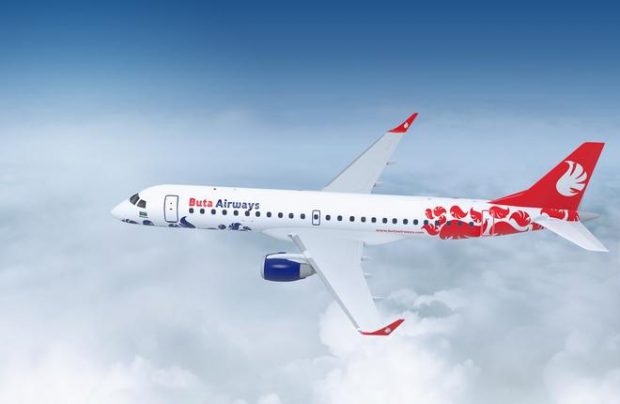 Azerbaijan’s national aviation holding AZAL has presented the livery of its low-cost subsidiary Buta Airways, which is gearing up to launch operations this fall.

The new carrier’s logo is a variation on an ethnic Azeri design. It “represents the symbol of the sacred mythological bird Simurgh stylized in the shape of the country’s national ornamental pattern buta [known as Paisley in the English-speaking world],” AZAL explains.

The buta pattern is in blue, which is AZAL’s corporate color, and red, which is present in Azernaijan’s national tricolor flag along with light blue and green.

The LCC will operate a fleet of Embraer jets. One Embraer E170LR and four E190s, all owned by AZAL, will be painted in the Buta livery.

Buta is expected to launch this fall. Work is underway to develop the carrier’s airfare policy, route network, and terms of service. The official website is to be launched shortly to support online sales. Tickets will also be available through travel agents.