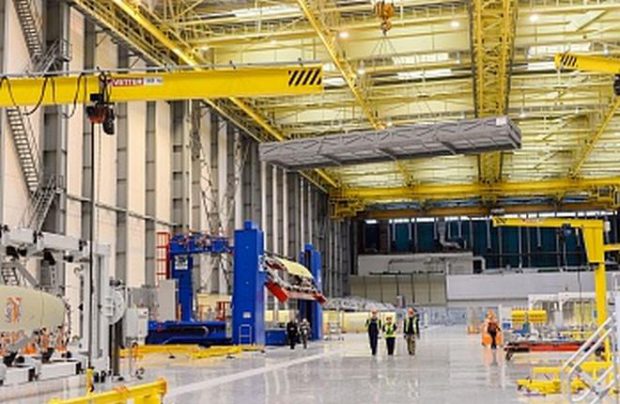 Russian production facility Aviastar-SP reports that it will launch assembly of parts for the first production Irkut MC-21 narrowbody airliner in early 2018. Thew process was originally expected to commence in August this year, but the corresponding agreement with the OEM was not signed until September.

The first batch of aircraft parts, namely fuselage sections, will be shipped to Irkut’s Irkutsk-based assembly site in Q1 2018, said Vitaly Ignatyev, head of the MC-21 program at Aviastar-SP. He confirmed the company’s “readiness to begin manufacturing the initial batch of parts for production MC-21s.”

The agreement with Irkut calls for intensification of parts production in 2018. Ignatyev said the parties are looking to reach an annual production rate of 30 shipsets by 2020 so that Irkut could roll out two to three assembled aircraft per month. To achieve this goal, Aviastar-SP will procure additional equipment and tooling.

The company will manufacture all fuselage sections (for the exception of section F4A), as well as all access hatches, doors, and the tail section complete with empennage.

The Russian government expects the new aircraft will be granted Russian certification in 2019, followed by international certificates in 2020. Commercial deliveries are scheduled to begin in early 2019, Russian Minister of Industry and Trade Denis Manturov said. The manufacturer aims to sell around 1,000 airplanes in the next 20 years.