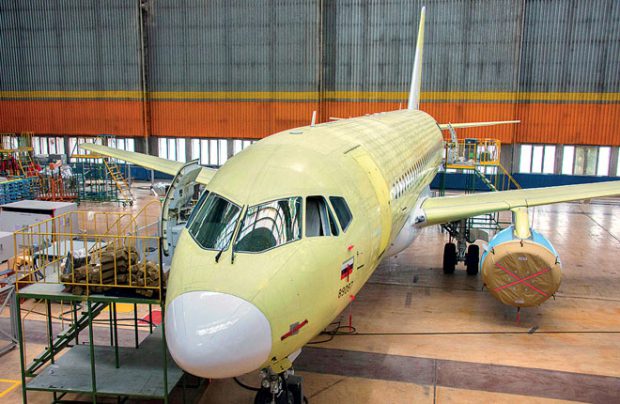 At the end of June, Ulyanovsk-based Aviastar-SP, a subsidiary of Russia’s United Aircraft Corporation (UAC), completed interior installation and cabin system checks on a Sukhoi Superjet 100 (SSJ100) regional jet. The aircraft is in production at Sukhoi Civil Aircraft Company (SCAC, also part of the UAC).

The aircraft thus outfitted, RA-89097, is owned by State Transport Leasing Corporation (GTLK) and is intended for Aeroflot. Exterior painting of all the SSJ100s operated by Russia’s flagship carrier is also done in Ulyanovsk, by Spektr-Avia.

Aeroflot currently operates 30 SSJ100s with a seating capacity for 87 passengers in two classes (12 in business and 75 in economy).

Aviastar-SP has been observing a surge in demand for SSJ100 work this year. Whereas throughout 2016 the company completed 11 Superjets, in the first half of 2017 alone it serviced eight such airliners.