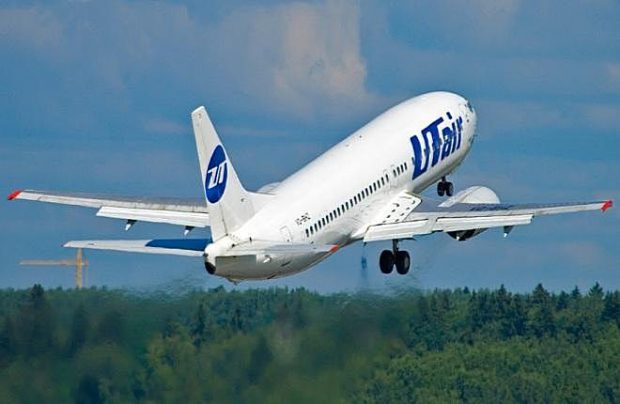 Utair is compliant with the regulations throughout its current operations (Utair)

Russia’s aviation authority Rosaviatsiya and Ministry of Transport have both tightened their oversight of Utair, following the airline’s announcement of a new debt restructuring effort.

Russia’s fifth largest carrier initiated negotiations to restructure a large debt last week. It hasn’t yet applied for state support and is still in negotiations with the banks, Alexander Neradko, the head of Rosaviatsiya, has reported, emphasising that the authorities are keeping a close watch on Utair Group’s financial standing and are well aware of its extensive credit portfolio.

However, throughout its current operations, the airline has been compliant with the regulations and has not withheld employee wages, or air traffic control service payments etc. At the same time, Neradko pointed out that Utair is required to revise its flight safety management practices following several incidents within the group. The head of Rosaviatsiya is referring to a hard landing of Utair’s Boeing 737-800 at Sochi on September 1, whereby the aircraft was damaged beyond repair; the August crash of an Mi-8T helicopter in the Krasnoyarsk region; and another hard landing of an Mi-26 heavy helicopter in Naryan-Mar on November 28.

During his recent meeting with Rosaviatsiya, Andrey Martirosov, head of Utair Group, gave assurances that he has plans to re-shuffle the flight safety management team. In turn, transport minister Evgeny Ditrikh required that the airline should schedule its payments settlement with the financial institutions this year. “We are conducting consultations both with the banks and the airline,” Ditrikh said, adding that the airline has been diligently paying off the debts, which were restructured several years ago, despite its on-going commercial struggles with spiking fuel and leasing costs and against the backdrop of a highly competitive market and the weakening of the rouble national currency.

The latest debt restructuring effort is expected to help the airline optimise its interest payment costs, thus releasing additional funds for daily operations. The airline is being advised by Raiffeisen Bank.

Utair’s most recent experience with restructuring in 2015 resulted in a syndicate of 11 banks crediting the airline with 18.9 billion roubles for seven years and a further 23.7 billion for 12 years. Also, a separate credit arrangement for 17.39 billion roubles has been advanced by Sberbank, over a seven-year term.

According to Utair’s first-quarter, 2018 financial reports, it had outstanding credits for 59.9 billion roubles, paying them on time. Its main debt to the syndicate has decreased to 15.4 billion roubles, and other amounts have remained unchanged.

In the first 10 months of this year, the airline carried 6.44 million passengers, up by 5.3 per cent on the same period of last year, ranking the airline as the fifth largest in Russia.