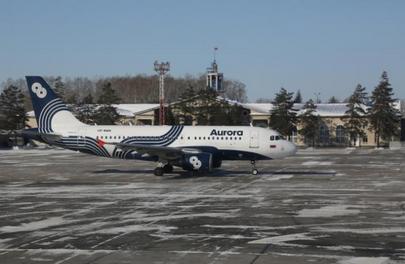 Both aircraft, built in 2003, were previously operated by Aeroflot. They are provided through Lithuanian lessor AviaAM Leasing. Prior to their acquisition, the airliners received proper maintenance, including refurbishment of the cockpits, according to a source in the leasing company.

Apart from the nine A319s, Aurora operates three Boeing 737s, a Bombardier Q400, six Q200/300s, and two DHC-6 Twin Otters. The carrier intends to expand its regional and narrowbody fleet in the near term. In particular, it is planning to take delivery of two more Q400s in the first half of 2016.