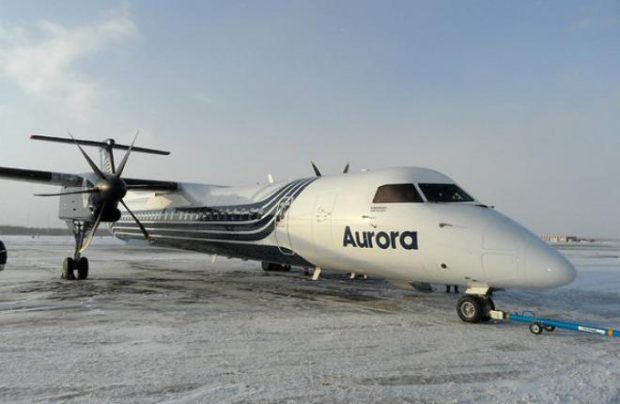 Aurora Airlines, a subsidiary of Russia’s Aeroflot, has taken delivery of a Bombardier Q400, the second aircraft of the type in its fleet.

The Q400 aircraft will soon enter service on inter- and intraregional routes with limited traffic.

The carrier, which flies between cities and communities in the Far East of Russia, began operation of its first Q400 in February, and is expecting delivery of one more of the Canadian-made aircraft in the second quarter of this year. The Q400 aircraft are equipped with 70 seats and feature a large-volume luggage compartment.

The three aircraft will be maintained by the carrier’s in-house MRO base in Yuzhno-Sakhalinsk, which has already received the appropriate approval from Russian authorities for line and periodic maintenance up to A-checks under its FAP-145 certificate.

Aurora became the second operator of the Q400 in Russia after Yakutia Airlines, which has been operating the type since February 2013. Aurora’s fleet also includes 10 Airbus A319s, two Boeing 737s, seven Bombardier Q200/300s and two DHC-6 Twin Otters. The airline occupies 12th position in Russian airlines rating by passenger traffic. Its January traffic grew 16.5% compared to the same month in 2015, to 85,100 passengers. At the same time, its load factor declined from 65% to 62.6%, according to the Federal Air Transport Agency.