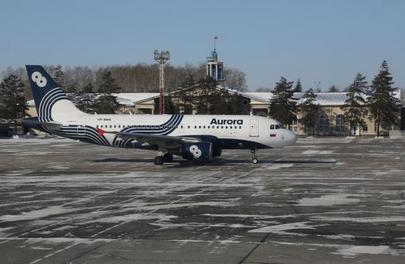 Aeroflot subsidiary Aurora has received its tenth Airbus A319 and has thus completed its fleet expansion program of this type of aircraft.

The aircraft, with the tail number VP-BDN (s.n. 2072), is fitted with 128 seats in economy and business class. The aircraft had been operated by Aurora’s parent company, Aeroflot, since 2003. On February 13, the aircraft arrived at Aurora’s base airport in Vladivostok from Kaunas in Lithuania. Apparently, it was leased from Lithuanian AviaAM Leasing, which is the case with the previous two A319s.

Aurora took delivery of its first A319 in November 2013. Besides the ten Airbus narrow-bodies, Aurora operates three Boeing 737s, seven Bombardier Q200/300s, one Q400 and two DHC-6 Twin Otters. It is expecting to receive two more Q400s in the first half of this year.