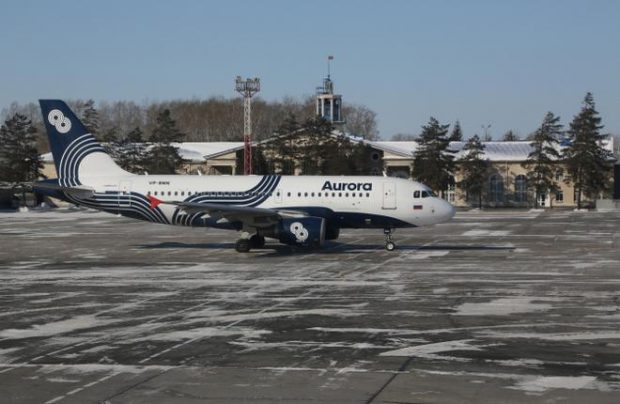 Aurora Airlines, Aeroflot’s subsidiary (51% owned by Aeroflot Group, 49% by the administration of Sakhalin region) operating in the Far East of Russia, has gained 19,9% traffic during the first six months of 2016 compared to the same period last yeat. Having served over 607,000 passengers, the carrier secured a place in the TOP-10 list of Russia’s largest airlines by traffic.

Domestic flights grew by 17,9% YoY, to 468,800 passengers while international flights have seen a 28,7% growth, reaching 138,200 passengers. By contrast, the cumulative traffic served by Russian carriers in the fist year-half was down by 7,9%, according to the country’s Federal Air Transport Agency data.

During the first half of the year Aurora took delivery of five aircraft: two Airbus A319 and three DHC-8 Q400 entered service with the carrier. Its fleet now counts 21 aircraft.

“We are expecting a total growth of not less than 20% by the end of the year, which is a significant result against the general backdrop of the industry,” said Konstantin Sukhorebrik, Aurora CEO. According to him, the company is counting on the gradual fleet and route network expansion.