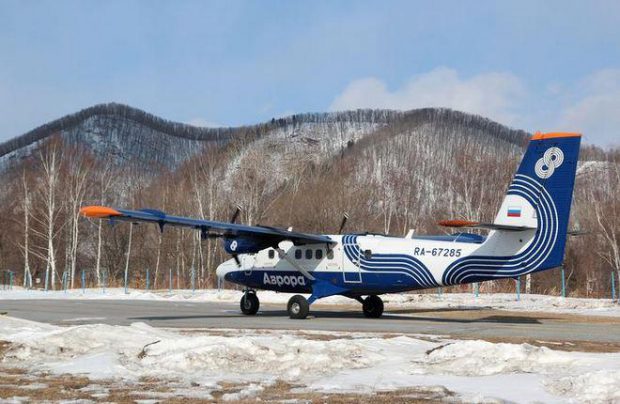 Aurora Airlines, Aeroflot Group’s subsidiary active in the Far Eastern region of Russia, will receive five  DHC-6 Twin Otter 400 turboprops. They will use to launch service to Kuril Islands. Administration of Sakhalin Region, which shares the ownership of the airline (51%) with Aeroflot, reports that the shareholders have reached the decision to top up Aurora’s capital to finance the purchase of the aircraft.

The governor of the region Oleg Kozhemyako announced plans to launch direct service between Yuzhno-Sakhalinsk and Shikotan Island, unprecedented in history. Construction of a runway on the island is scheduled to begin before the end of this year. Construction of a new runway is also underway on Paramushir Island, in advance of the re-launch of regular connection with Petropavlovsk-Kamchatsky.

Aurora Airlines currently operates three 19-seat DHC-6s produced by Canadian manufacturer Viking Air. The aircraft can be operated off short runways, from 360 m. The Russian airlines has recently achieved a 10,000 flight hours on the type.

The Far Eastern region has been under special attention of the Russian government in the last years. In late 2017 prime minister Dmitriy Medvedev ordered the lifting of VAT off flights to the region. He also instructed appropriate agencies to elaborate measures aimed at fleet renewal and reconstruction of several airports in the region.