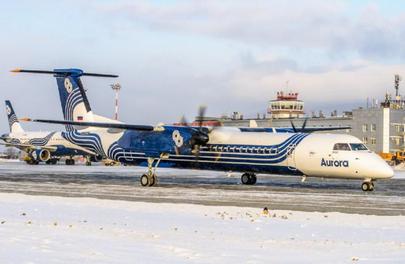 Aurora Airlines, which operates in Russia’s Far Eastern region (51% owned by Aeroflot, 49% by administration of Sakhalin region), is gearing up to operate the first commercial flight on board a Bombardier Q400 aircraft this week.

Earlier, Aurora’s management announced that the Q400 will be used on other routes within the region as well. The carrier expects delivery of two more Q400s in March. Aurora’s engineering and maintenance department has received clearance from the Russian aviation authorities to provide periodic and line maintenance on the type up to and including A-checks.

Aurora is the Canadian aircraft’s second Russian operator after Yakutia Airlines, which operated its first flight on a Q400 from Yakutsk three years ago.