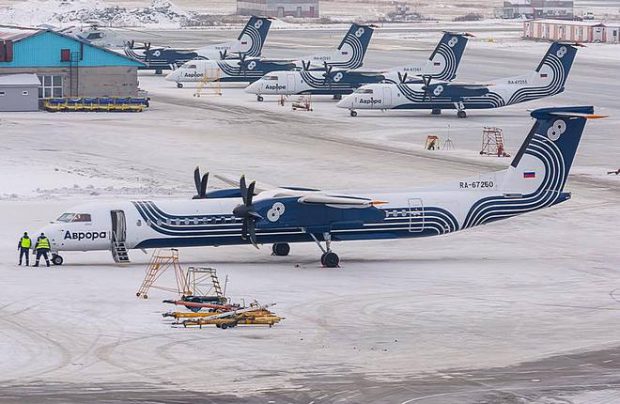 Aurora Airlines, which is 51 per cent owned by Aeroflot, with the remaining 49 held by the administration of the Sakhalin region, carried 1.657 million passengers in 2019, a modest 2.2 per cent improvement year-on-year (Aurora)

A new airline being set up to serve Russia’s remote far eastern regions will be based on the existing carrier Aurora Airlines, which is currently part of Aeroflot Group, according to minutes of a meeting held in February and chaired by Yury Trutnev, presidential envoy in the country’s far eastern federal district.

According to the discussions, the new carrier will be managed by industrial corporation Rostec, not Aeroflot, and would mean that Russia’s largest airline group is now expected to work out how to cede Aurora’s assets to the state-owned corporation.

The preliminary model for the new project, which suggests that the new airline would operate a fleet consisting exclusively of Russian-made aircraft, may be unveiled in mid-April, Russia’s ministry for development of the eastern territories told Russian Aviation Insider.

Aurora, which was initially created as a regional airline dedicated to serving Russia’s vast far eastern territories, did not fully live up to expectations. The new iteration of the project was launched in January with the support of Rostec, the country’s aerospace and defence mega corporation, which controls the bulk of the nation’s aerospace manufacturing assets including United Aircraft Corporation (UAC) and hopes the new airline will create additional demand for Russian-made aircraft.

The smallest of Aeroflot Group’s four subsidiaries was accountable for 1.657 million of the group’s passengers in 2019, a modest 2.2 per cent year-on-year improvement, and included 1.2 million on domestic flights. The IOSA-approved carrier currently operates 23 Western-built aircraft – 10 Airbus А319s, 10 DHC-8s and three DHC-6s.