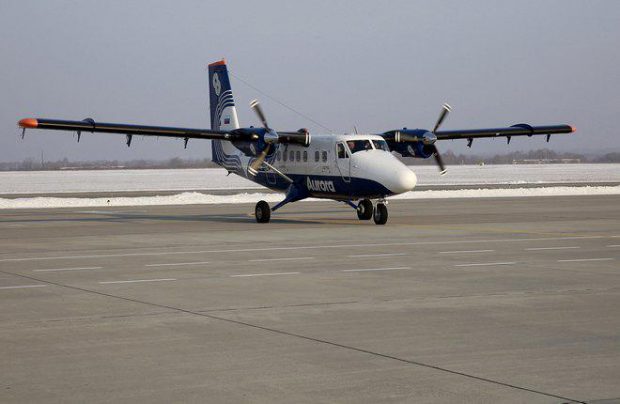 The airframe was manufactured in 2014 and leased by Sberbank Leasing. The five-year long financial leasing agreement was signed by the regional state unitary enterprise Plastun Avia dealing with air transportation development in Primorsky Krai. The price of the aircraft and lease payments will be partially reimbursed by Far East Development Fund. The delivery of third DHC-6 (tail number RA-67285) has been postponed because of the changes in economic situation.

After receiving a 19-seater aircraft Aurora will open new destinations and increase flights frequency on existing destinations. In particular the carrier will launch flights to Khabarovsk – from Dalnerechensk and Kavalerovo in Primorsky Krai. The airline is now operating Twin Otters on nine regular destinations.

As was previously reported by Russian Aviation Insider, the growing demand for regional air transportation was the reason to add another Twin Otter to the operator’s fleet. Primorsky Krai government reported that it is planned to increase the number of landing sites and mini-airfields from 13 to 22.