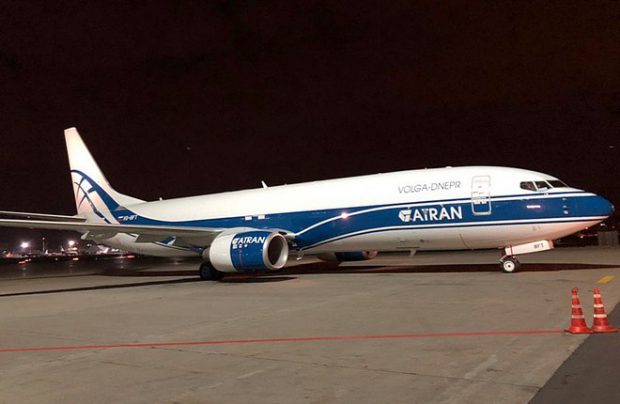 Atran Airlines, the Russian air express cargo carrier and a member of Volga-Dnepr Group, has enlarged its fleet with the delivery of its second Boeing 737-800BCF, increasing its total number of narrow-body freighters to six.

The latest aircraft, with tail number VQ-BFT, is one of two Boeing converted freighters (BCFs) which are on lease from GE Capital Aviation Services (GECAS). At the beginning of April, Atran Airlines became Russia’s first operator of the type by receiving its maiden -800BCF.

The additional freighter will be the facilitator to leverage the burgeoning traffic of e-commerce shipments, including mail consignments, between China, Russia, CIS, and beyond on the backdrop of the growing demand for cross-border purchases, the airline’s statement says.

Volga-Dnepr Group has previously revealed to Russian Aviation Insider, that every additional freighter in its fleet allows it to grow and explore new markets. Today, Atran is the only member of the group – which also consists of the specialist cargo airlines AirBridgeCargo (ABC) and Volga-Dnepr – with increasing operational performance numbers. According to Rosaviatsia, Russia’s Federal Air Transport Agency, in the first eight months of 2019 the airline carried more than 11.000 tonnes of freight, recording a 42.2 per cent year-on-year growth.

At the end of August, Volga-Dnepr Group initiated a restructuring plan and appointed a new general director of ABC, the biggest part of its businesses. The move was made due to the company’s weak operational and financial performance during the first six months of this year. The airline stated that the maintenance of the company’s profitability was prevented by an overall decline in the global freight market added to a general market excess of carrying capacities, mixed with operational problems.

Currently Atran Airlines’ fleet consists of four Boeing 737-400SFs and two Boeing 737-800BCFs. Its first Boeing 737-800BCF allowed the airline to launch e-commerce shipment flights to Moscow and Riga from the Chinese towns of Xian and Hangzhou. Step-by-step expansion of its fleet with the gradual launch of new destinations allowed the carrier to achieve more than 15-fold volume upsurge from China to Russia, 8-fold increase of domestic traffic, and more than 6-fold uptick from Europe to Russia, Atran claims.