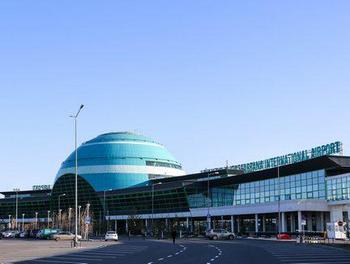 Astana International Airport (TSE) will bring its annual capacity up to 7 mln passengers by 2017, Airport Management Group, which operates the Kazakh capital’s air gateway, has said in a statement. The capacity increase will result from the ongoing runway reconstruction work and the construction of a new passenger terminal, which is expected to serve up to 4 mln passengers per year.

The new terminal will have 25 check-in counters, 24 immigration service desks, and three baggage belts. The capacity extension is expected to come handy in two years, when Astana will host the EXPO-2017 international exhibition.

Reconstruction of the runway and airfield pavement alone will cost around US$30 mln. This summer the airport operator signed a 15-year loan agreement with the European Bank for Reconstruction and Development.

The project, which should be completed by November 2016, calls for building an extra 136,876 square meters of tarmac area capable of accommodating about 30 aircraft parking spaces. The airport renewed its lighting equipment this summer.