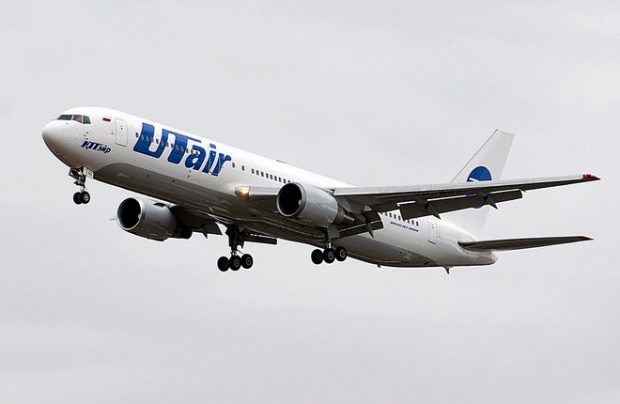 One of the carrier’s B767s delivered 30 tonnes of freight from Moscow to Anadyr, including masks, protective gear, antiseptics, medicines, food, consumer goods, and on-line orders of residents of this remote region (Utair)

Utair which, compared to the same period of last year, has suffered a five-fold reduction in the number of its daily flights, has now grounded more than half of its 67-strong fleet, reveals Andrey Martirosov, general director of Russia’s sixth largest airline.

Last week, Utair operated an average of just 38 daily passenger flights compared to 202 per day for the same week of 2019. “We have scaled down more than five-fold, whilst the [passenger] traffic has declined 10-fold,” he reveals. “We have already grounded more than half of our fleet. We’re putting the aircraft in storage and concentrating them at our main operational bases at Surgut, Tyumen [both in Siberia] and Moscow Vnukovo,” he adds.

In the meantime, the airline is diversifying its services as, under quarantine, demand for passenger air travel has shrunk. As a measure to survive the crisis, Utair has turned instead to freight services, by utilising its long-haul wide-body passenger Boeing 767-200s as cargo-only services. Recently one of these aircraft delivered 30 tonnes of freight, including medical and food supplies from Moscow to Anadyr, the main city of Chukotka, which is the nation’s second least-populated federal territory, and the eastern-most peninsula in Russia’s far east.

Another Boeing 767 is currently engaged in the delivery of Irish troops from Dublin to Damask, Syria under a UN contract.

At the same time, the number of flights operated by Utair’s helicopter division, which is one of the biggest in the world, has dropped by 30 per cent. “With regard to our helicopter business, we are observing a 30 per cent decline. We believe that this trend will remain throughout the year,” comments general director Martirosov.

Last month, as part of the government’s anti-crisis plan, Utair was included in the roster of Russia’s strategic enterprises, those companies that can rely on priority support from the government if matters come to the worse.