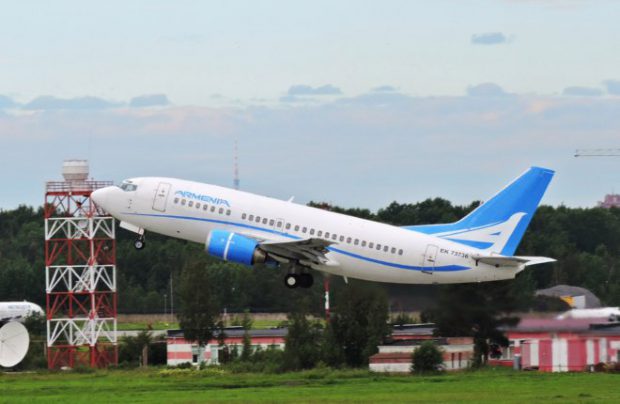 A new Armenian carrier, Armenia Airlines, which received its Air Operator Certificate in QI 2016, has begun to operate commercial flights, according to Gevorg Khachatryan, the airline’s deputy director. Khachartryan told Russian Aviation Insider that Armenia made its first charter flight from Yerevan to Larnaca, in Cyprus, on July 5. On July 18, the carrier launched its regular flight program with the first flight from Yerevan to Mineralnye Vody.

Armenia’s second destination in Russia after Mineralnye Vody  is St. Petersburg. The new carrier is expected to begin regular flight service to Moscow this week.

According to information from open sources, the Boeing 737-500 was first operated in 1996 (with the tail number EK-73736 and serial number 26336/2805) and previously flown by Georgian Airways. According to sources in the Armenian media, the owners of Armenia are the top managers of the Georgian carrier.

Boeing 737-700 began operation in 2008 (with the registration number EK-73786 and serial number 35086/2613) and was previously operated by Canadian low fare airline WestJet. There are currently no details about the CRJ200 aircraft.

Until now the country of Armenia was left without a passenger airline for more than 600 days, after its predecessor Air Armenia left the market in October 2014. Upon resignation, Air Armenia’s top management called the local market “a meat grinder” (meaning, a mayhem) and blamed the open sky policy pursued by the country’s government, for its financial strains.