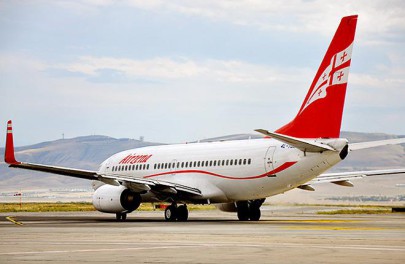 In particular, according to VERELQ news agency, the Armenia Airlines is planning to open routes to Sochi, Rostov-on-Don, Mineralnyye Vody and Samara. Armenia’s first flights are scheduled for April 21, with one flight to the Russian capital and another to Tel Aviv. The carrier’s representatives say that other destinations to be launched include Tehran, Dubai, Kyiv, Minsk, London, Barcelona, Prague and Larnaca. In the future, the company plans to launch flights to Germany and Italy.

At first, Armenia will operate three leased narrow-body Boeing 737-700s, but by mid-year, the fleet will increase to five and, by the end of this year, to eight aircraft. It will allegedly include one regional CRJ (the type to be confirmed). Besides this, the airline intends to provide VIP-maintenance to Gulfstream aircraft already available in the company’s fleet (the specific type is also to be confirmed). The average aircraft age operated by the company will not exceed 15 years. Lufthansa Technik will be in charge of their technical maintenance.

Armenia obtained its Air Operator’s Certificate two weeks ago. The company was established by Ashot Torosyan, who holds a 51% majority share. Other co-owners are Tamaz Guiashvili (with 25%) and Robert Oganessyan (24% share, and the company’s director). Guiashvili is a founder of a Georgian Airzena Airlines (Georgian Airways) and its former chairman, and Robert Oganessyan used to be his deputy. Armenia Airlines runs on funds from Georgian and Armenian sources.

The carrier’s staff counts 350 persons, including some former Airzena employees. The remaining personnel will be made up of Armenian specialists, according to Sputnik. The Georgian operator’s aircraft (its fleet consists of one Boeing 737-500, one Boeing 737-700, one Bombardier CRJ100 and three CRJ200s) are also planned to be transferred for the use by Armenia Airlines.

The Republic of Armenia was left without national airlines after the Armavia’s bankruptcy in 2013, as well as after Air Armenia’s flights were suspended in 2014. This was partly due the Republic’s open skies policy. Nevertheless, Armenia Airlines’ representatives are optimistic about the company’s future: “We are certain that we are able to withstand competition in the market. Our flexible  fares and management will help us. We also count on support  from travel companies”, said Guiashvili. As for competition with large Russian air carriers in the Republic of Armenia, Robert Oganessyan commented that Armenia Airlines will hopefully make use of 23 years of experience of its managers’ work in the Georgian market.

Another new airline company, Alliance Airline, plans to begin operations in the Republic of Armenia on March 27. As reported before, this operator was established in April 2014 with the participation of Russian investors and has already got a license from Armenian authorities. In the beginning, the carrier will operate approximately 13 flights, including to a few cities in Russia, and on routes to Lebanon, Iran and Turkmenistan.