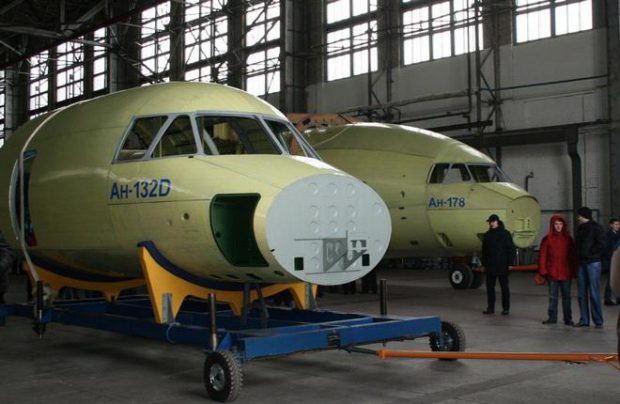 Ukrainian aircraft manufacturer Antonov has requested the government for an amount of over $700 million for ramping up serial production of its aircraft, reported the Ukrainian LIGA.net media. The funding will be directed, among other measures, to replacing Russian-made components – the cost of the move is estimated at $77.5 million. Facility upgrade, which has not been done in a long time, is also a vital necessity and requires $625.7 million. The Ukrainian government has already agreed to allocate the requested amount.

Since the beginning of this year Antonov has not produced or sold a single aircraft. The company is now considering re-launching three programs – An-148/158 ($244.8 million required to produce 24 aircraft per year), An-178 ($225.5 million and six aircraft per year) and An-132 ($155.4 million for six aircraft per year). Along with that, the OEM will have to create a network of maintenance centers.

Head of Ukrainian Aircraft Corporation (founded in May 2016, and includes Antonov) Mykhailo Gvozdev emphasized that not a single aircraft produced in the last years has generated any profit. “We have the layout for the aircraft without Russian-made components, and we have markets for it. But no customers would buy an aircraft, if the state itself shows no interest in it. We don’t need so much the money, as assistance in organizing a leasing company, to make these airplanes fly,” he said.

The Ukrainian government decided to elaborate a program for development of both the commercial and military segments. It is ready to issue relevant regulations to support the industry as early as January next year. It also promised to find the funding for re-starting Antonov’s production.

Last year Antonov assembled two aircraft – an An-148 and an An-158. In the period from 2011 to September 2016 Antonov produced and sold the total of 16 aircraft (six An-32s, four An-148s and six An-158s). 2012, when the production reached six aircraft and eight were sold, became the record year. At the moment several unfinished An-148/158s are still standing at the company’s premises.

In August this year Antonov agreed with  Airspace Industry Corporation of China (AICC) to complete assembly of the second An-225 super heavy freighter and to arrange financing to produce a batch of An-178s. Antonov is also getting ready to launch production of the new An-132 transport aircraft. The roll-out is scheduled for the end of 2016.