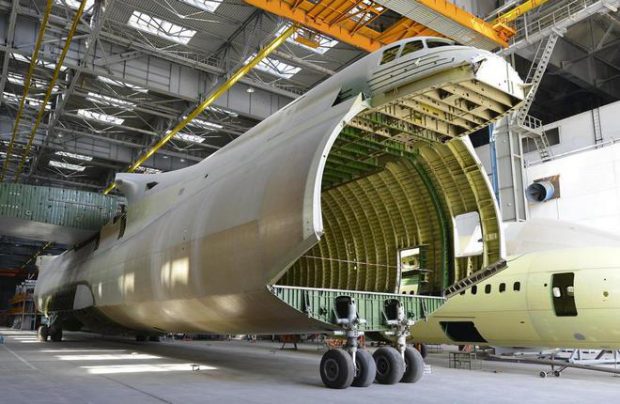 The Ukrainian Antonov State Enterprise has recently confirmed the claims voiced by Chinese TV news channel CCTV, which reported that the OEM was selling rights for the production of the An-225 Mriya, the world’s heaviest transport aircraft, to a Chinese producer.

The Ukrainian producer intends not to sell  intellectual property, but to jointly set-up fully-licensed serial production of An-225 in China

The Ukrainian producer intends not to sell  intellectual property, but to jointly set-up fully-licensed serial production of the aircraft in China, the undertaker of which happens to be the Aerospace Industry Corporation of China (AICC).

The agreement with the AICC also provides for the completion of a second An-225, which is stored at Antonov’s base site and sits at about 70% completion. Subsequently, the aircraft will be sold to the Chinese corporation.

The first six-engine An-225 was designed and built in the mid-1980s in order to transport the Soviet Buran space shuttle, as well as parts of the Energia rocket launcher. After the space project fell through, the aircraft was adopted for the transportation of commercial oversized and heavy cargo. It is now operated by Antonov Airlines, which is owned by the Antonov State Enterprise.