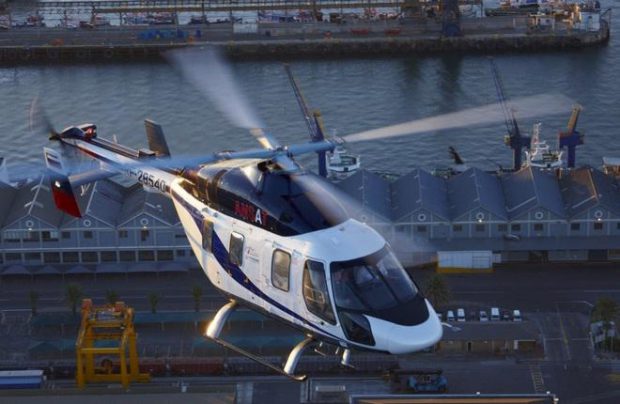 Performance of Ansat, the light utility helicopter, will be improved by replacing the current main rotor blades with newly designed blades.

Engineers of Ansat promise improved range, airspeed and useful load, as well as reduced fuel consumption and vibration, according to Russian Helicopters.

The new blades will make use of composite materials and production technology, which implies one-step molding. The technology was developed jointly by Ansat’s designer Kazan Helicopters Plant and RH-Technologies design bureau, both part of Russian Helicopters holding.

“The airfoil of the current serial production blade is made of two components – a spar and a tail section, which are produced separately and then assembled on berth. The new production method uses no-spar configuration, which means the airfoil is made in one stage in a compression mould. And that’s where the assembly of the airfoil takes place,” a spokesperson for the Russian rotorcraft OEM said.

The new technology reduces production time by 30% and cuts production costs. It also allows to extend the blades’ service time through improved quality.

“This year we have prepared the technical documentation for the project. We are currently working on creating new test prototypes and gearing up for testing. After that we’ll start preparing for serial production,” said Alexander Okhonko, general director of RH-Technologies.

Kazan Helicopters is responsible for testing. The first static and flight tests are scheduled for the period between June and November 2017. Flight test program is expected to be completed before the end of the next year. Plans call for launching serial production of the new blades within the next two years.

In parallel, Russian Helicopters is working on improving Ansat’s performance. One of the goals is to increase useful load by 300 kg. Extending the flight range and improving component service life is also on the agenda.

Ansat has a maximum take-off weight of 3,600 kg and can carry up to 8 passenger or 1,234 kg of payload. This engine helicopter is powered by a pair of PW207K turboshafts.