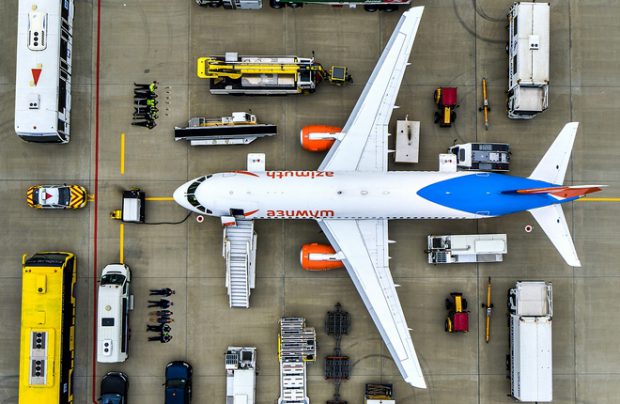 The fleet of Azimuth, the world’s only all-SSJ100 operator, will reach 11 of the type in December (Azimuth)

Russian regional carrier Azimuth Airlines is to take delivery of an additional Superjet 100 (SSJ100) aircraft in December in a lease deal with the Russian State Transport Leasing Company (GTLK), the two companies announced in a joint statement on 19 November.

The new regional jet addition, the 11th of the type in the carrier’s fleet, is part of a new 12-year term operating lease for two SSJ100s with GTLK, Russia’s largest lessor, in a deal announced in August. The aircraft is to be located at Platov (Rostov-on-Don), one of the airline’s base airports.

Capacity increases and the development of its route network has allowed Azimuth to enjoy impressive growth rates. In the first nine months of this year, the airline carried some 910,300 passengers – double that of the same period in 2018 and making it the fastest growing airline among Russia’s top-20 carriers.

The airline plans to lease at least two more Superjet 100s in 2020 although, to underscore its development, the carrier’s management is also evaluating larger aircraft types, such as the Airbus A220-300 (formerly the Bombardier CSeries).

“We plan to take larger capacity aircraft [offering] somewhere up to 150 seats. I think that a decision on this issue will be made before the end of the year,” general director Pavel Ekzhanov told Russian Aviation Insider.

Launching operations at the end of 2017, and currently ranked 18th in the air passenger league table of Russian airlines, Azimuth Airlines is located in the south of Russia with bases at the airports of Platov (Rostov-on-Don) and Pashkovsky (Krasnodar).