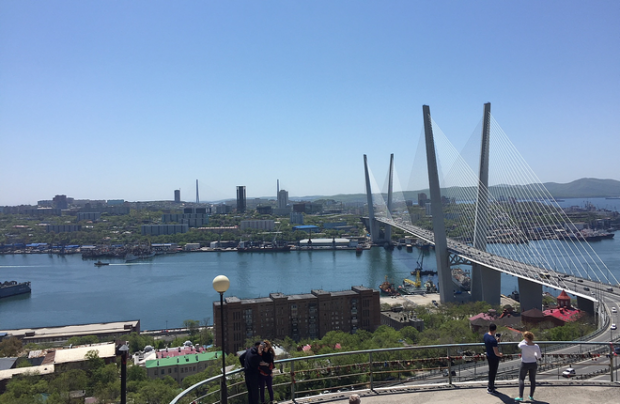 Japan Airlines (JAL) and All Nippon Airways (ANA), two of Japan’s pre-eminent airlines, are planning to launch flights from Tokyo’s Narita Airport to Vladivostok International Airport, in the Russian Far East, in response to soaring numbers of tourists travelling between the two nations.

JAL flights, which will get under way on 28 February next year, will initially be thrice-weekly, before increasing to daily from 29 March, the carrier reveals in an official company statement.

ANA will operate 146-seat (eight business and 138 economy class) Airbus A320neos on the two-and-half-hour flight starting on 16 March, whilst JAL plans to use 144-seat (12 business, 132 economy class) Boeing 737-800s. The airlines’ winter schedule plans for the route have not yet been released.

Whilst JAL already operates a service to Moscow, which it has served for almost 25 years, this is ANA’s first foray into running a service to Russia.

Commenting on the new route, Seiichi Takahashi, senior vice-president of All Nippon Airways, reveals: “ANA has long targeted Russia for expansion, and we chose Vladivostok as our first Russian destination because it serves as a gateway that connects Eurasia with the Pacific.

“At ANA, we aim to serve as a gateway for our passengers that allow them to reach new destinations and connect with new cultures. Our desire to offer unrivalled service and meet emerging passenger needs led us to begin the service to Vladivostok,” Takahashi adds.

The flow of travellers between Japan and Vladivostok is on the rise. “In nine months, traffic to Japan has more than doubled,” Vladivostok International Airport statement says.

Conversely, the number of Russian tourists flying to Japan has also been increasing. In the last five years, Japan has experienced a rising influx of international visitors, with more than 31 million in 2018. With the Tokyo Olympic/Paralympic Games taking place in the summer of 2020, the country is expecting this number to grow to 40 million by the end of next year.

During the first six months of 2019, some 55,900 Russian citizens visited Japan – an increase of 20.4 per cent, lifting it to second place in the ranking of tourism traffic growth rates, according to data collated by the National Tourism Organisation of Japan.