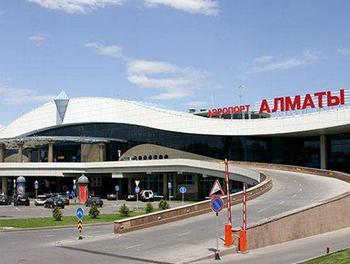 Almaty International Airport’s capacity will double by 2019, from the current 13 to 27 movements per hour, Novosti-Kazakhstan newswire reports citing the airport’s president Aibola Bekmukhambetov. The improvement will result from runway reconstruction and construction of new taxiways, at the cost of US $60 mln. The works are slated to begin next year.

The airport is also planning to expand its passenger facilities, since today’s terminal capacities are clearly deficient. Almaty’s airport holds leading position by traffic among the country’s airports, and is now “pushing the physical limits” of its capacity, Bekmukhambetov stressed.

Expanding the passenger terminal has been on the agenda since 2011, when the airport contracted Lufthansa Consulting to elaborate  development master-plan for process optimization. A new 3200 sqm pavilion for domestic arrivals / departures has been erected, the number of check-in counters increased from 37 to 46, the lobbies can now seat 500 more passengers (the total of 1870) awaiting their flights.

Almaty airport currently serves 30 cargo and 33 passenger airlines, with the average of 170 daily departures. National flag carrier Air Astana, based in Almaty, is accountable for about half of those flights and about 30% of the airport’s revenues.

Almaty today is transforming into a contemporary aviation hub, by efforts of its management team which is lobbying the issue with the Kazakhstan’s Ministry for investment and development. However, last year the country’s president Nursultan Nazarbaev approved the plan for a new airport, 48 km to the North-West of Almaty. Its purpose is to take advantage of the transit traffic potential between China and Europe, according to Investment and Development Minister Aset Isekeshev.

“We’ve got several potential investors, and we are currently collaborating with international experts on developing the hub’s concept, to find out, what cargo and passenger traffics are expected to pass through Kazakhstan, where the airport should be located, and whether the new airport should be built at all, or it’s better to expand the existing one,” Isekeshev said in July, referring to the research project, which should be completed in October to enable the government to continue their negotiations with the investors.

Kazakhstan’s other main airport, in Astana, is also awaiting reconstruction. Its capacity is supposed to reach 7 mln passengers by 2017, after a new terminal, currently under construction, becomes operational. Runway and airfield pavement construction is also planned.