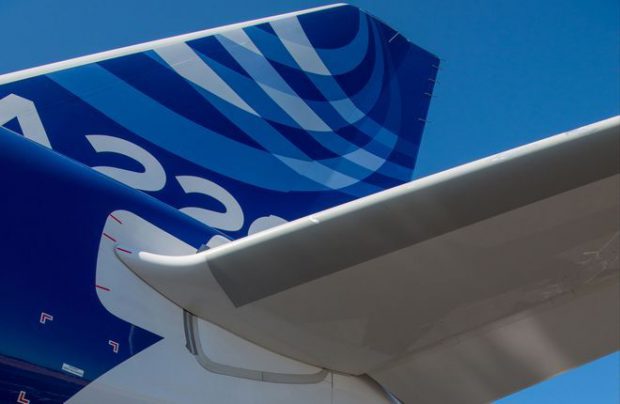 The Airbus A220 passenger jet, which was originally the Bombardier CSeries, is likely to be certified in Russia before the end of this year. “We continue to work with the Russian aviation authorities, which are providing us with full support on certification issues and intend to certify the aircraft before the end of 2019,” Julien Franiatte, the head of Airbus in Russia told ATO.ru, Russian Aviation Insider’s sister publication, at the on-going MAKS-2019 air show in Russia.

Previously it was expected that the smallest member of the Airbus aircraft family would achieve permission to operate from Russia’s aviation authority Rosaviatsiya in the middle of this year. Airbus insists that it is not worth talking about the delay of the A220’s entry into the Russian market as work on obtaining certification is in the timeframe set earlier. The first to be certified is the -300 variant, formerly the CS300 model.

The manufacturer notes that it sees the possibilities for selling the A220 family aircraft in the Russian market and is already in talks with a number of Russian carriers.

The Airbus aircraft portfolio lists two Russian, state-controlled leasing companies – the Ilyushin Finance Co (IFC) and State Transport Leasing Company (abbreviated to GTLK in Russian) – as customers for a total of 20 of the A220-300 jets.

The original deal for 32 CS300s, with options for 10 more, was struck in 2013 by the then privately owned IFC. However, in the summer of 2016, the Moscow-based lessor restructured the agreement by reducing the firm order to 20 CS300s (A220-300s), plus one Q400 turboprop. An option for five Q400s has also since been added to the deal. The six CS300s, which were initially part of IFC’s portfolio, were later ceded to GTLK. In the deal, Iyushin Finance formally keeps the remaining 14 aircraft of the type.

The question remains: who will become the A220 start-up operator in Russia? In March of this year, Red Wings, Russia’s only potential airline customer for the Airbus A220-300, abandoned its previous plans to lease six of them from GTLK, citing an unexpectedly amended contract price by the lessor. At the time of publication of that news, GTLK had not responded to questions about the possible delivery dates or the availability of an alternative lessee for the aircraft.

According to the latest Airbus annual forecast, which was featured at the MAKS 2019 event earlier this week, demand for the so called ‘small segment’ – typically covering the sector in which most of today’s single-aisle aircraft compete – there will be a requirement for 998 new passenger aircraft in Russia and the CIS in the upcoming 20 years.