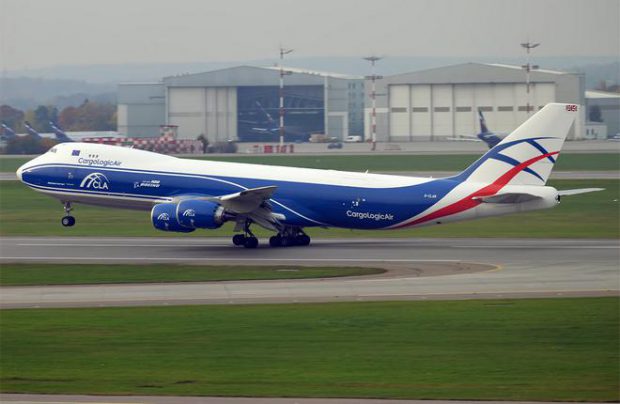 Russia’s largest cargo carrier AirBridgeCargo (a part of Volga-Dnepr Group) has withdrawn its regular service to Africa on an aircraft of its UK sister company CargoLogicAir. AirBridgeCargo’s CEO Sergey Lazarev told Russian Aviation Insider that the project had not proved commercially viable, because of the weakness of the African market.

The Russian airline rented a Boeing 747-400F from its UK partner in February to fly cargo from London (Stansted) via Frankfurt to Liberville (Gabon), Johannesburg (South Africa) and Nairobi (Kenia). By the end of August the project was scrapped.

According to Lazarev, CargoLogicAir is currently opening new routes connecting Europe to America and China. He did not mention whether AirBridgeCargo is considering taking advantage of these lines.

CargoLogicAir was founded with support of Volga-Dnepr Group, and it currently operates two aircraft, a Boeing 747-400F and a Boeing 747-8F. The latter is one of the 20 aircraft of the type, ordered by Volga-Dnepr recently.

AirBridgeCargo earlier shared its plans to use CargoLogicAir’s services on the lines where the Russian airline is not present. AirBridgeCargo’s network includes various destinations within Russia, as well as in Europe, North America, Arabian peninsula, Eastern and South-East Asia. It operates a fleet of 16 aircraft – seven Boeing 747-400Fs and nine Boeing 747-8F.