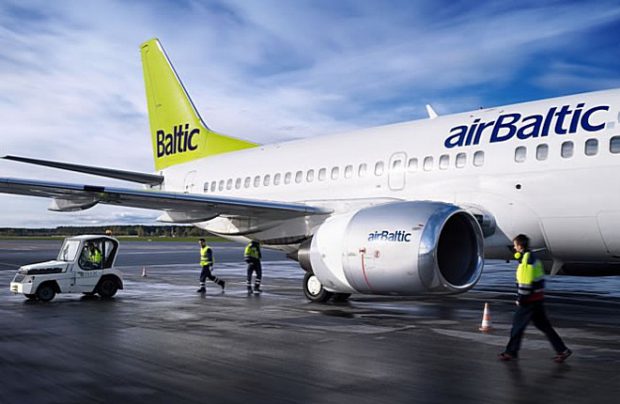 Excessive capacity has compelled Latvian hybrid airline airBaltic to terminate its Boeing 737 fleet operations in the autumn of this year, one year ahead of the original plan.

In a statement issued today, the Riga-based airline says it “aims to minimise complexity and benefit from the additional efficiency of the Airbus A220-300 aircraft” – which will then be the only jet type in its fleet. The announcement comes as its January 2019 operational results illustrate a deterioration of its load factor to only 58 per cent, down by four per cent year-on-year.

On a positive note, by phasing out the Boeing 737s, the Latvian flag carrier will have the youngest jet fleet in Europe, it claims. In late 2018, airBaltic phased out three of its Boeing 737-500 aircraft. Currently the airline still operates six B737-300s and two B737-500 jets.

“The introduction of the Airbus A220-300 has been very successful and has provided the additional efficiency that any airline would be seeking in the currently highly competitive aviation market. Thanks to its good overall performance we took the decision to introduce a single type fleet of up to 80 (50 on firm order and 30 options) Airbus A220-300 aircraft by 2022,” reveals Martin Gauss, airBaltic’s chief executive.

Thus far, airBaltic has received 14 of the type and a further eight new aircraft will join this year. The A220-300 (formerly known as the Bombardier CSeries 300) has performed beyond company’s expectations it says – “delivering better overall performance, fuel efficiency and convenience for both passengers and staff.”

Earlier this month airBaltic announced that it had mandated the US investment bank Greenhill to evaluate financing options for the future development of the airline, including potential new investor, which would be used to fund the 30 Airbus A220-300 jets.

airBaltic has carried 260,383 or 12 per cent more passengers during the first month of 2019 than in the same period of last year.