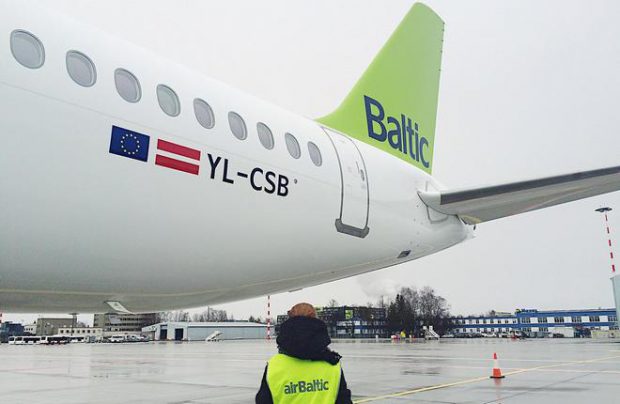 The Latvian carrier will recruit 50 specialist technicians during 2019 (airBaltic)

As first revealed in December to ATO.ru, Russian Aviation Insider’s sister publication, airBaltic has now publicly declared that, by the end of 2019, it will perform its own in-house C-checks on the Airbus A220-300 (formerly known as the Bombardier CSeries 300).

Gearing up for a bigger A220 fleet, while expecting to take delivery of eight more of the type this year, the Latvian airline is looking to recruit 50 technicians in 2019 to staff its maintenance facilities at home Riga International Airport and at Tallinn Airport.

According to Andris Vaivads, the airline’s senior vice-president of technical operations: “We are improving our maintenance capabilities, and plan to perform C-checks ourselves on the Airbus A220-300 by the end of the year. We already perform line maintenance and A-checks on all of our aircraft.”

airBaltic has set a clear path to acquiring up to 80 Airbus A220-300 aircraft by 2024. “As our fleet grows with [these] state-of-the-art aircraft, joining our team will lead to interesting career opportunities for both young and experienced professionals alike,” Vaivads adds.

The airline, which will be sourcing its additional technicians from a wide range of backgrounds whilst providing each successful candidate with an established career path, is recruiting certified as well as non-certified aircraft technicians and mechanics. In addition, airBaltic is also eager to employ apprentices starting from their second year of studies.

The first C-check will be done at the airline’s hangar facilities located at its Riga airport base.

The company is also planning to offer maintenance services to other Airbus A220 operators, such as Swiss or Korean Air. airBaltic, is expecting to be able to offer an attractive menu of prices thereby making it a strong competitor to west European aircraft service rivals. Late last year the airline launched a line maintenance station for its Q400s at Tallinn airport, in neighbouring Estonia, and also plans to use this facility for A220 line maintenance servicing.