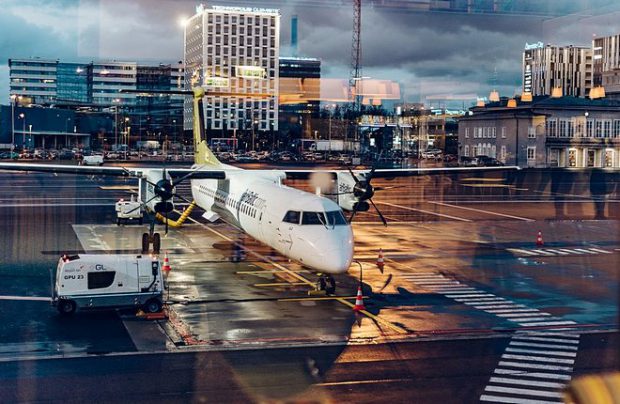 To strengthen its presence in its key Baltics region market, Latvia’s airBaltic is to base two of its Airbus A220-300 aircraft at Tallinn, the capital city of neighbouring Estonia by summer 2019. Together with a Bombardier Q400 turboprop already stationed there, the airline will then have a total of three aircraft located at Tallinn next year, in a move that will exert further pressure on local rival airline Nordica.

This year, airBaltic estimates it will transport around 400,000 passengers to and from Estonia, making Tallinn its second biggest market after Riga, the hybrid airline’s main hub.

“Since 2014, we have been continuously growing our operations at Tallinn Airport… By next summer we will serve 12 different destinations,” explains Martin Gauss, airBaltic’s chief executive.

Currently, airBaltic offers direct services from Tallinn to London, Amsterdam, Berlin, Paris, Vienna, Vilnius and Riga, and has recently added Stockholm and Oslo to the roster. For the summer of 2019, the Latvian airline will also introduce three new destinations from Estonia’s biggest city to Malaga, Brussels and Copenhagen.

Another airport where airBaltic bases its aircraft – in this case a single Boeing 737CL – is Vilnius, capital of Baltic state neighbour Lithuania.