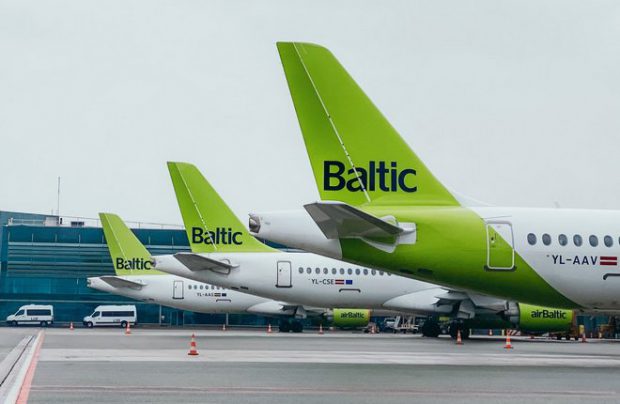 As the Coronavirus crisis continues to significantly affect demand for air travel, Latvia’s airBaltic is further cutting its overall capacity between April 15 and October 31, 2020, thereby cancelling some 50 per cent of its flights, the flag carrier has revealed in a statement.

Currently, airBaltic is offering its clients a range of passenger and cargo charter flights, but is in the process of re-engineering its network and flight schedules according to the temporarily reduced fleet ahead of the time when scheduled operations can be re-started once the crisis is over.

Martin Gauss, chief executive of airBaltic, notes: “Considering the significant impact on demand, we are currently planning to restart our operations gradually. When we will be able to, we will start with a reduced number of aircraft that will serve daily flights to our top routes. Then, with each coming week, more aircraft will gradually return to service offering more flights.”

In addition, airBaltic has made a decision to delay the launch of new routes it had planned for the 2020 summer season from all three Baltic states as well as temporarily discontinuing a number of newly-added routes.

After the crisis, airBaltic is highly likely to be-re-launched as an airline with a fleet consisting entirely of Airbus A220s. The airline’s Boeing 737 aircraft is to be phased out this year, chief executive Gauss has revealed in an interview with LETA, the Latvian state-owned news agency.

Along with its 22 Airbus A220-300s, the carrier also has 12 Bombardier Q400 turboprops and, although these aircraft are expected to take-off again, they are destined for early retirement.

In the meantime, the government of Latvia, which owns 80 per cent of the airline, has approved a €36.1 million loan for the Riga-based carrier and could make further funds available if the crisis continues.