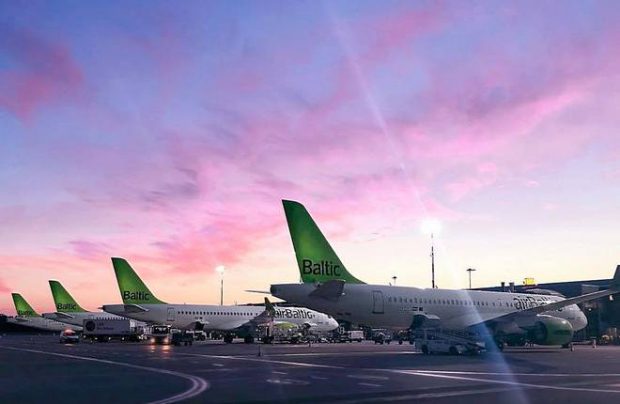 Reinforcing its status as the largest carrier in the Baltics region, Latvian hybrid airline airBaltic carried 5.05 million passengers in 2019, a 22 per cent improvement year-on-year and the highest number of passengers carried in the airline’s 24-year history.

The Riga-based carrier, which is placing its future in the hands of the efficiency of the newest Airbus A220-300 (formerly the Bombardier CS300) aircraft, which will be its only jet type by the end of 2022, took delivery of a total of eight A220s last year. “Already now, the majority of our passengers fly on the Airbus A220-300 aircraft,” says Martin Gauss, chief executive of airBaltic.

Last year airBaltic operated a total of 62,748 flights, 12 per cent more than in 2018. The airline’s load factor was at the level of 76 per cent in 2019, a year in which the airline launched nine new routes.

As part of its transition towards a single aircraft type, last year airBaltic became the first airline to obtain a comprehensive maintenance, repair and overhaul approval for the A220-300 type, and has completed its first scheduled C-check on an aircraft. Also, the airline has introduced an A220 Level D full-flight simulator at its Riga Airport training facilities.

The airBaltic fleet is made up of 38 aircraft consisting of 22 Airbus A220-300s, four Boeing 737s and 12 Bombardier Q400Next-Gen turboprop aircraft. By the end of this year the airline plans to have a total of 26 Airbus A220s.

Established in 1995, airBaltic flies to 70 destinations in Europe, the Middle East, and the CIS.