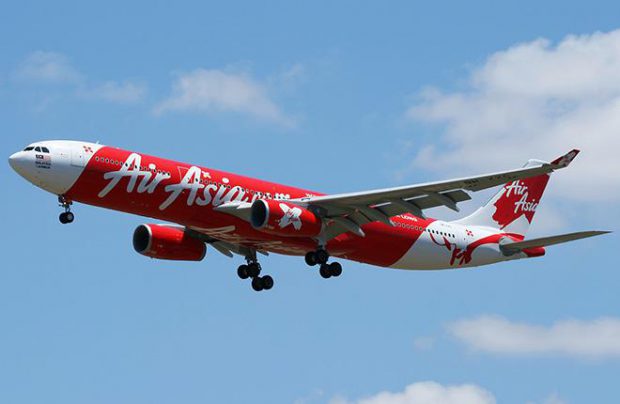 AirAsia X, part of the AirAsia Group, is the likely candidate for flying to Moscow, as it specializes on long-haul low-cost operations (Photo by Mehdi Nazarinia // Wikipedia)

AirAsia’s CEO Tony Fernandes announced plans for the Malaysian low-cost carrier to launch flights to Russia. The airline is considering flying to Moscow from both Bangkok and Kuala Lumpur. “I told my guys [team of managers] stop wasting time. Russia is a future… I told them to do it in six month. We are democratic company, they can ignore me as well. But I’m gonna bring everyone here,” Fernandes told Russian Aviation Insider during Atlanty Business Forum held in Mocow this week.

Tony Fernandes told Russian Aviation Insider that in the future the airline may start flying to St. Petersburg and other large cities in Russia. Other AirAisia Group subsidiaries, which operate A320 narrow-body aircraft, may find relevant destinations in Russia’s Far East. An opportunity to launch flights from Japan to Vladivostok appears particularly promising to the CEO of the Malaysian carrier, once its Japanese subsidiary AirAsia Japan restarts operations, which is slated for 2017. Evidently, a low-cost carrier on such routes is bound to generate significant volumes of traffic.

AirAsia Group is the largest Asian low-cost airline by traffic. It carried 55 million passengers in 2015 and the forecast for this year is 60 million passengers. The group’s cumulative fleet consists of 174 A320 family aircraft and 30 A330s. The group’s subsidiaries operate in Thailand, Indonesia, Philippines and Japan. Fernandes shared with Russian Aviation Insider that his plans call for expanding the fleet to 500 aircraft by adding an average of 20 aircraft per year.

“When we started in 2001, we had just two Boeing 737s, and just 6% of Malaysian population could afford air travel. Now we have 200 aircraft, and 29% of the population flies. Low-cost travel makes people closer. I see a huge potential for developing low-cost travel in Russia,” said Tony Fernandes.