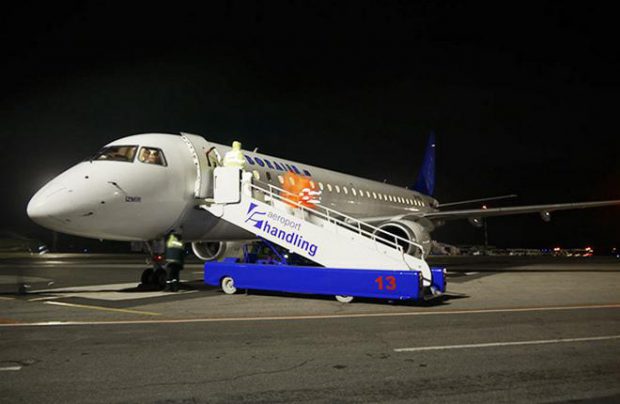 State-owned Air Moldova has taken delivery of another Embraer E190 regional jet. The aircraft with the seating capacity for 140 passengers was ferried to Air Moldova’s base airport in Chisinau on November 20, the carrier announced. In line with the carrier’s strategy the aircraft should enable the airline to launch flights to new destinations. Its first flight will be from Moldovan capital to Rome.

With this aircraft, Air Moldova’s fleet now has three Embraer E190s. The latest addition is the aircraft produced in 2009 and previously operated by Lufthansa and Turkish BoraJet. According to open sources the aircraft is a long-range (LR) modification and has tail number ER-ECD.

Notably, Air Moldova is among the world’s leading operators of ERJ190 by flight hours. In August 2016 it demonstrated the best results in terms of operating rate. The average monthly flight hours increased almost 80% compared to July, to 15.18 flight hours per day.

Air Moldova currently operates seven aircraft. Besides the three Embraer E190LRs the airline flies an Airbus A321, two A320s and one A319. The carrier’s route network features over 25 destinations, including Greece, Turkey, Spain, Italy, Belgium, Ireland, Germany, the Great Britain and Portugal. It two destinations in Russia are St. Petersburg and Moscow, and a route to Krasnodar is expected to open next year.