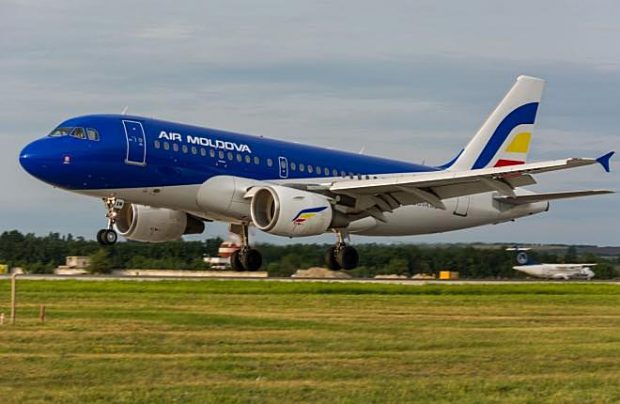 Moldova’s flag carrier is for sale for $2.9 million, but with the burden of some $72 million of debt obligations (Air Moldova)

The government of Moldova has announced that its national carrier Air Moldova is up for a sale for the price of US$2.9 million. Any purchase agreement would also include the airline’s debt obligations of some $72 million. With a registered capital of 300 million leu ($17.9 million), the airline’s assets include a seven-strong aircraft fleet, reportedly with three owned by the airline and the remaining four on operational leases.

The current owner, Public Property Agency, is accepting purchase bids in the period July 27 and September 4, according to a statement posted on its website. By selling the airline, the government hopes to “attract private funds for the purpose of upgrading the fleet, improving the service, expanding the capabilities and increasing the number of transit passengers,” the statement reveals.

The country’s open-skies regime – enjoyed with both Russia and the European Union and which has been in effect for more than three years – has not turned out to be beneficial for Moldova’s national carrier. Whilst enabling it to increase its transit traffic to around 14 per cent (in particular regarding the transportation of passengers between Russia and Ukraine, two conflicting nations which lack direct flight connections between them), the liberalisation has also led to tougher competition in the country’s air travel market. Since Moldova is not an EU member, its national carrier is limited by international regulations to third- and fourth-freedom traffic rights, meaning all of its flights must originate or end at the country’s only international airport of Chisinau – a restriction not imposed on other European airlines, including significant competitor Hungarian low-cost carrier (LCC) Wizz Air.

At the same time, Moldova’s own relatively small and price-sensitive market has been dominated by LCCs, both of them European, with local start-up FlyOne adding to the flag carrier’s headache. Stuck between a rock and a hard place has directly affected Air Moldova’s commercial and operational performance. In 2017 it carried 1.13 million passengers, restricting its share of the total traffic travelling through Chisinau to 45 per cent. At the end of the first nine months of last year its net loss had piled to $7 million, while its accumulated debts rose from some $50 million in 2013 to $67 million in 2017. This precarious financial standing became an immovable obstacle for raising funds for fleet expansion, Victor Sula, Air Moldova’s deputy general director earlier revealed to Russian Aviation Insider’s sister publication ATO.ru.

“When many operators entered it, our share of the domestic market shrank. They inherited some of our passengers, but that’s because our capacity is not enough to offer daily services to Roma, for example, or Milan, or Paris,” Sula explained. He also admitted that going public would stimulate Air Moldova’s development, and that the management of the carrier had no objections to a big airline buying into it. Nevertheless, while word of the national carrier’s possible sale has been out for some time, the burden on the future buyer to cover the outstanding debts explains its low valuation.

Air Moldova operates three Embraer ERJ190s, as well as Airbus A319s and A320s, two of each type. Its plans for this year include taking delivery of one or two additional aircraft and increasing traffic by 10 to 15 per cent.