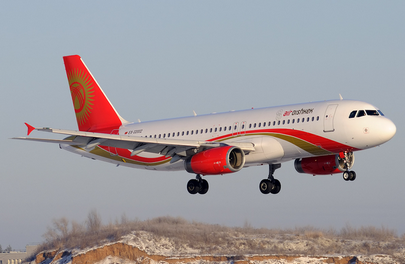 Aviation authorities of Kyrgyzstan have temporarily suspended the air operator certificate (AOC) of Air Bishkek, according to Tazebek newswire, which cites the head of the country’s Civil Aviation Agency, Ermek Omuraliyev.

Omuraliyev explained that the cause for this decision was Air Bishkek’s failure to prove that it disposes of at least one aircraft with valid airworthiness certificate. The carrier’s only aircraft, an Airbus A320 with tail number EX-32002, was ferried to Zhytomyr (Ukraine) for maintenance. The aircraft by that time had been in service for over 23 years.

Kyrgyz authorities emphasized that the airline has got time until September to correct the situation and reclaim its AOC. Unless it takes action, its operation will be stopped.

Air Bishkek suspended flights in the beginning of 2016. The carrier’s spokesperson told Russian Aviation Insider earlier that there had been plans to restart operations in April, which never happened. “If we don’t relaunch in May, then in my view we’ll never relaunch at all. A come back to the market in the low season would cost too much,” he said. Executives of other Kyrgyz carriers also doubt that Air Bishkek will come back. Most of the airline’s staff have already found employment with other operators.

Air Bishkek was established in 2007 as Eastok Avia and was later renamed Kyrgyz Airways. It received its current name since 2011. In 2015 the carrier served 200,000 passengers, and had six destinations in its network, mostly to Russia. The carrier’s financial stand deteriorated due to the downturn in the Russian and Kyrgyz economies.