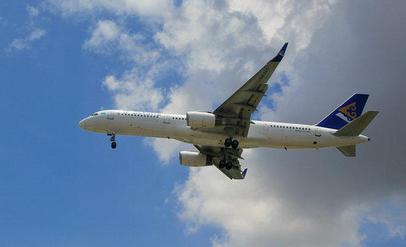 Net profit of Kazakhstan’s national carrier, Air Astana, amounted to $47.4 million as of the end of 2015. The airline declared that this is an increase of 144% from the previous year, despite the fact that its proceeds fell to $738.1 million, a decrease of 21%.

Air Astana’s general director, Peter Foster, believes that this high level of net profit was achieved thanks to drastic cost cutting. According to him, the Kazakh air carrier demonstrates one of the lowest levels of unit costs in worldwide passenger air traffic.

The company got an opportunity to economize thanks to the steady fall in oil prices. Nevertheless, other factors also contributed to a decrease in costs, Peter Foster clarified giving no further details. At the same time, the airline’s director mentioned that Air Astana has to work in difficult conditions in both the Kazakh and regional markets.

The airline’s passenger flow increased by 2% in 2015, up to 3.8 million persons while its capacity increased by 6%. During the year, the air carrier launched new flights: to Paris, Seoul and Tbilisi. This year Air Astana plans to begin offering service to Tehran and Ulan Bator.

Although Peter Foster suspects Air Astana is facing a difficult year, the airline’s position on the market can improve thanks to its removal from the EU’s “grey list”. Until recently, the airline had to follow a number of restrictive conditions for its flights to the EU.

Air Astana is expected to continue decreasing its unit costs by increasing the fuel efficiency of its fleet. In the middle of 2016, Air Astana is supposed to receive its first Airbus A320neo narrowbody aircraft.

This most likely refers to one of the aircraft that the company is planning to take on operating lease from the US leasing company Air Lease Corporation (ALC). Originally, it was expected that the first aircraft under the contract with ALC would arrive in spring 2016.

In total, Air Astana will lease four A321neo-LRs (extended range version), two A320neos and one A321neo from ALC. Three more A321neos and one A320neo will be leased to the airline on the same terms by the Dutch leasing company AerCap. Deliveries under both contracts will be completed in 2018 or 2019.