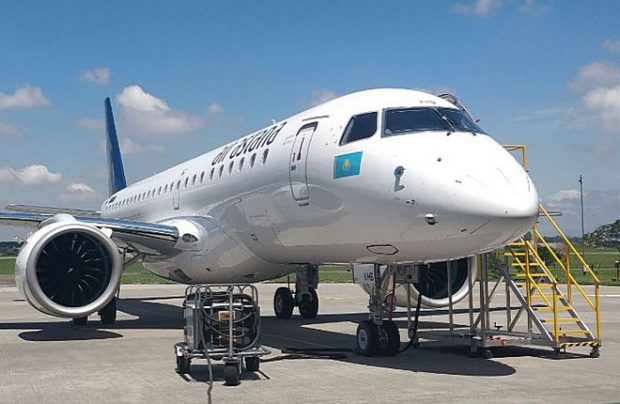 It is the second of five upgraded E-Jets that are due to be delivered to Air Astana following an order originally placed in 2017. The twin-engine, single-aisle E2 aircraft are being delivered under operating lease contracts from AerCap. Deliveries of the remaining aircraft are expected throughout 2019.

The newly delivered aircraft is configured with 12 seats in business class and 96 in economy.

The first commercial flight of the second E190-E2 is expected on March 31 on the carrier’s Almaty-Uralsk route. The airliner will fly across Kazakhstan to cities in Russia, as well as to the capital of Uzbekistan, Tajikistan, Kyrgyzstan, Azerbaijan, Georgia, Ukraine and the Chinese city of Urumqi.

The first E2 airliner was received in December 2018, and features a distinctive snow leopard livery, which is an official symbol of Kazakhstan.

Air Astana currently operates a fleet of nine older Embraer E190 aircraft on domestic and low-density regional routes, with the first aircraft having entered service in 2011. The new-generation Embraer E190-E2 will gradually replace the first-generation E190s in its fleet, with some lease agreements due to expire this year.