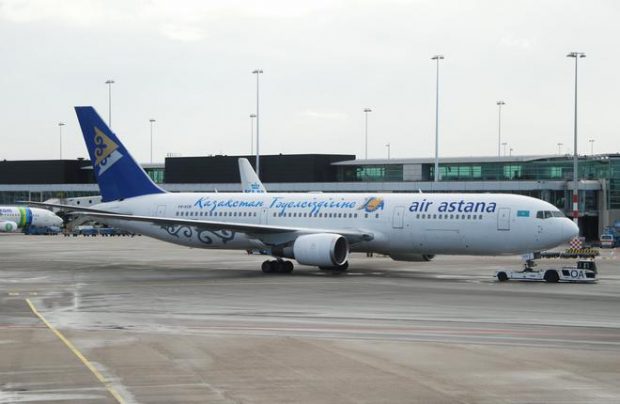 Kazakhstan’s flag carrier Air Astana has launched the Inmarsat Global Xpress (GX) Aviation broadband internet service on one of its Boeing 767s. This makes the airline the first in the world to introduce GX Aviation connectivity on widebody aircraft.

The deal was announced by Inmarsat’s partner Rockwell Collins last year. The system will eventually find its way onto Air Astana’s other two 767s, with the second aircraft to be outfitted in October.

“GX Aviation has already entered commercial service on narrowbody aircraft in Europe,” said Inmarsat Senior Vice-President of Strategy and Business Development Frederik van Essen. “And the response from both passengers and cabin crew has been outstanding. As the only solution [on] the market today that has been specifically designed for in-flight broadband, it offers unprecedented speed, reliability, and consistency.”

GX Aviation is an in-flight broadband solution that allows passengers to browse the internet, stream videos, and check social media, all at a connectivity rivaling that on the ground. Air Astana passengers can choose from three different connectivity packages: Light (15 Mb), Business (50 Mb), and Super (100 Mb), to be offered at a speed of 2-5 Mbps.